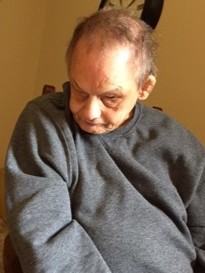 Larry D. Lamp, age 72, of Austin, Minnesota, passed away on Friday, September 16, 2022, at his home in Austin. Larry was born on June 4, 1950, in Faribault, Minnesota, to Harvey and Lois (Wilcox) Lamp. Larry was loved by many that met him through his many years living in Austin. Larry worked at Cedar Valley then went to Top Flight when they opened. He was part of the life enrichment program until he retired. Larry enjoyed retirement life. Larry was an early riser and would get up before the rest of the house would start their day. He liked the morning quiet time with just staff. Larry enjoyed music and seemed to like country best. Larry would dance with the staff, smile, and laugh. Larry liked it when staff would read to him. He had an unusual sense of humor. Sometimes you would catch him chuckling and you would not know what he found funny; it could have been something on the TV or even something that he overheard staff say to each other. Larry lived with another individual for many years, and you would often catch them laughing together, especially about body noises. Larry enjoyed getting outside, sitting in the sun, and going for van rides.

He was preceded in death by his parents, Harvey and Lois Lamp; and sister, Marcia Heatherton.

A graveside service will be held at 1:00 p.m. on Wednesday, September 21, 2022, in Calvary Cemetery, Austin, Minnesota. Worlein Funeral Home of Austin is assisting the family with arrangements. Condolences may be expressed to the family online at www.worlein.com.