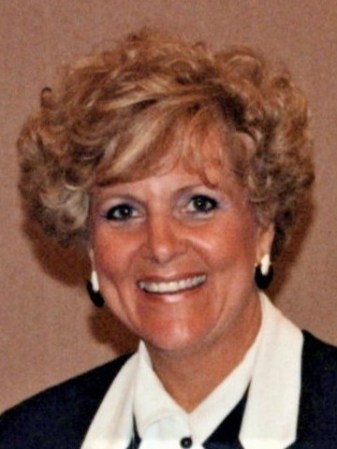 Dee was a 1957 graduate of Austin High School and until recently, never missed getting together with classmates at annual reunions. Prior to retirement, Dee worked for Pilot Catastrophe (Mobile, AL), Aviall Inc (Dallas, TX), Deloitte Haskins & Sells (Dallas, TX), and Hormel Corporate Office in Austin, MN.

An avid card player, Dee earned the highly-accredited honor of Life Master in Duplicate Bridge, playing in tournaments all around the country. Her love for cards was shared with family and weekends were often spent up late playing Hand & Foot Canasta or Shanghai Rummy. Dee enjoyed golfing and telling tall stories of how good she was. She was also very involved in Business and Professional Women’s Association (BPW) where she served in 1992 as President. Dee and her husband were committed to their church in attendance, volunteering as Bible Study Leaders and assisting with the local food pantry. Before moving to Texas, she and her husband Richard were members at The Elks Club and very involved with the Austin Jaycee’s, enjoying many friendships through both organizations.

Dee married the love of her life, Richard Gemmel, on May 25, 1959. She followed Dick to Michigan for his first teaching job and they ultimately settled back in Austin, MN where they raised their two daughters, Kari and Jennifer. In 1985, Dick and Dee moved to Dallas, Texas and eventually to their beloved retirement lake home in Murchison, TX. Dee’s true joy came from time with her four grandchildren. “Grandma Go-Go,” as they called her, was their #1 Fan – never missing a ballgame, dance recital, school play, band concert, art show or the opportunity to baby-sit. She loved introducing her grandchildren to Broadway musicals, board games, bible stories, museums and traveling.

Dee was a devout Christian who loved her Lord and Savior, Jesus Christ. She was a gifted organizer which paired perfectly with her servant’s heart. She was always planning a conference, a gala, a party, a community event or a family camp out/reunion. Dee loved hosting family and friends at their home over the years, but had a special love for their lake home with evening rides at dusk around the lake on the party pontoon with charcuterie and fun beverages always served in style. Her door was always open – she loved to entertain!

A memorial service will be held on Saturday, September 24, 2022, at 2:00pm at Worlein Funeral Home Chapel in Austin, MN. Tim Smith, Dee’s Godson, will preside. Dee will be laid to rest next to her beloved Richard in Oakwood Cemetery.

In lieu of giving flowers, the family asks that those who are able instead make a donation to the Alzheimer’s Association under the “Dee Gemmel Tribute” page at http://act.alz.org/goto/Dee_Gemmel