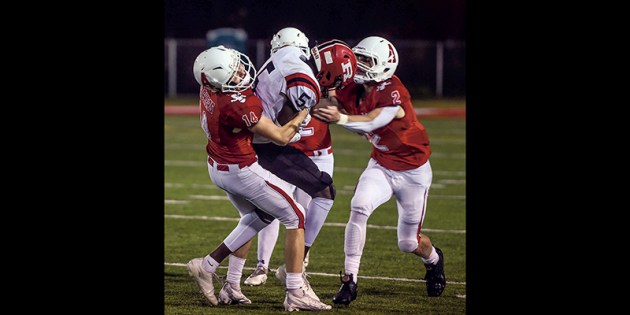 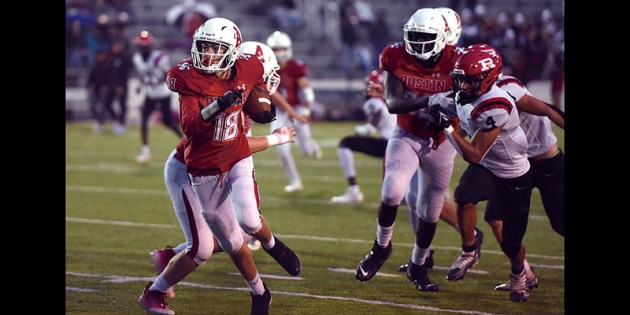 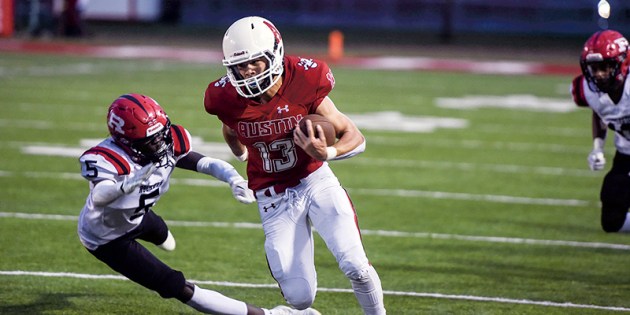 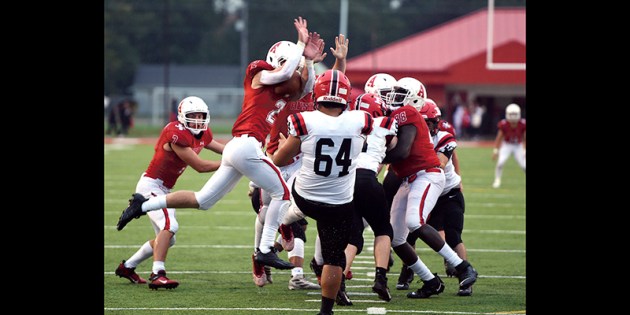 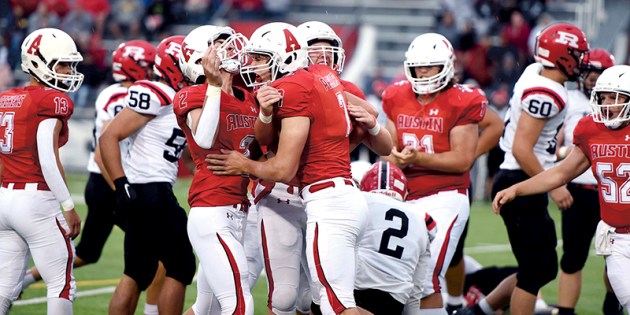 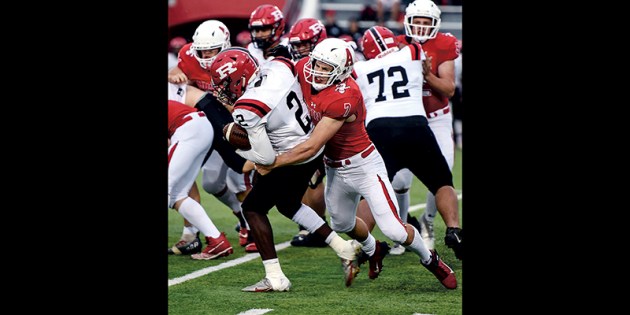 The Packers made a gigantic play on offense early on and it let the defense finish the job as they toppled Rochester John Marshall 30-0 in Art Hass Stadium Saturday.

Austin (1-1 overall) was facing a third and 15 amidst heavy runs on its second possession of the game when quarterback Jack Lang dropped back and dropped a rainbow into a bucket when he found Payton Ransom for a 46-yard TD that gave the Packers a 7-0 lead just seven minutes into the game. It was a lead they would keep.

“I had a post route, but the defender cut it off, so I bumped it outside and Jack threw a perfect pass and hit me in stride, right into the end zone,” Ransom said of his TD.

Austin’s Dakota Retterath blocked a punt to set up a Joe Ewing 30-yard field goal near the end of the first quarter and Ransom picked off a pass and ran it back 24 yards for a score to make it 16-0 with 7:17 left in the second quarter.

Austin erased all doubt when Tommy Fritz broke off a 28-yard TD run to put the Packers up 30-0 with 4:02 left in the third.

“We had no mercy. We kept pounding it and doing our job. They kept talking, but once we shut that out and they stopped talking, we knew we had them in the second quarter,” Fritz said. “We had a rough start in practice this week and we talked about getting fired up in practice and transferring over to games.”

The Packer defense and special teams were dominant from wire-to-wire as they forced five turnovers and scored two TDs.

“I think our new brand of defense is working well and we made good adjustments to widen our linebackers outside against their run game,” Austin head coach Ed Schmitt said. “That’s a credit to the kids and our coaches. It’s nice to get those turnovers. Our defense played great, and our special teams played pretty good, especially against their speed. To see the smiles on their faces after the game and to see that the hard work paid off, that’s the best thing as a coach. All of the credit goes to the kids.”