Chateau closes out the season 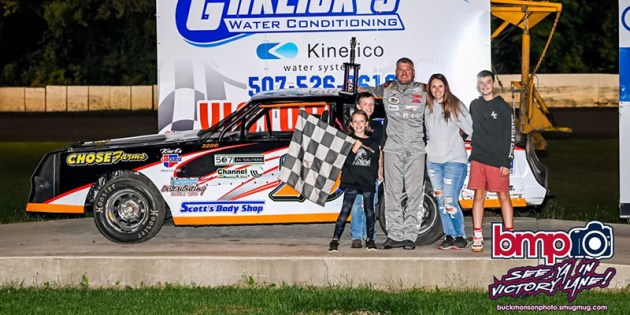 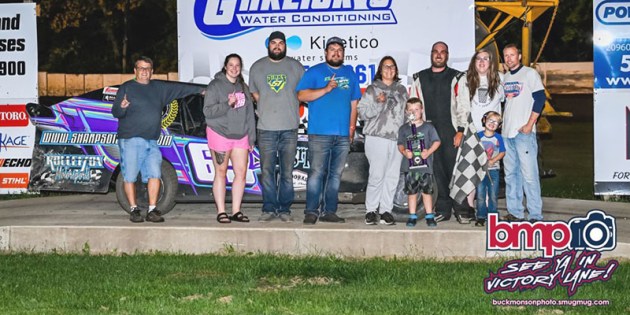 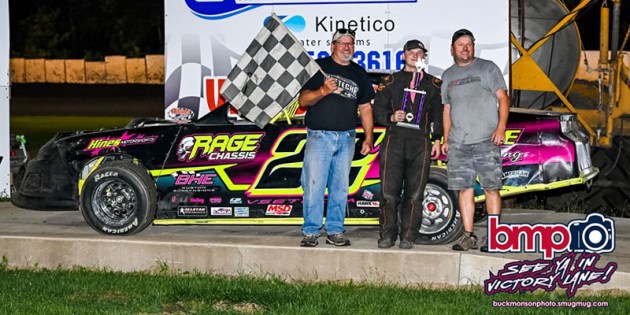 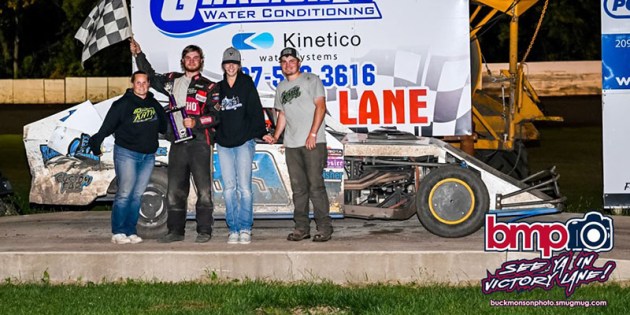 The 66th Anniversary season of racing action came to a conclusion Friday night at Chateau Speedway in Lansing. The night’s action saw four of the six classes on hand for the special season finale with a couple drivers waiting until the last night to score their first feature wins of the year.

Brady Krohnberg of Walters, making just his second showing, made it a strong one as he scored a sweep with his first wins of the year in the Power 96 Pure Stocks. After leading flag to flag for his first win of the year in his heat, Krohnberg worked from row two to the front on lap 4 and held off Jack Maas of Faribault for the win.

In Skjeveland Sanitation USRA Stock Cars Jackson Vsetecka of Fort Atkinson Iowa made his first trip to Chateau a memorable one as he picked up the Feature win.

Dustin Brown of Thorton Iowa made it look easy as he scored a pair of wins in the French’s Repair USRA A Mods as he lead every lap of his heat and feature to sweep the class for the night.  He finished with big leads including almost a half a track lead in the feature to leave everyone in the dust.

In Double M Transport USRA B Mod action Kobie Kath of Owatonna came home with the feature win in the final race of the night and of the season.  Jayme Hiller of Waseca, Zach Elward of Hayfield, and Gage Motl of Owatonna all grabbed heat wins.

Chateau Speedway will hold their Award Banquet on Dec. 10 at Lansing Corners Supper Club. Contact The Track for reservations.