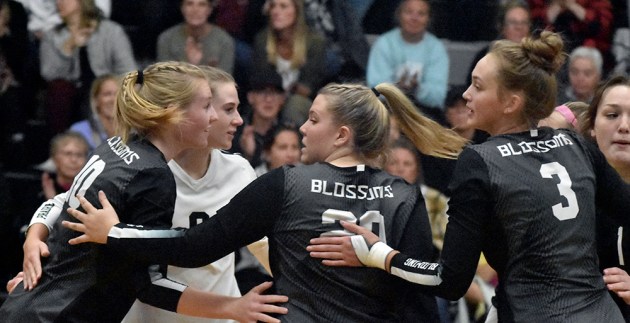 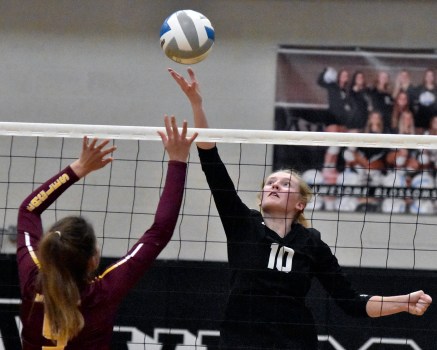 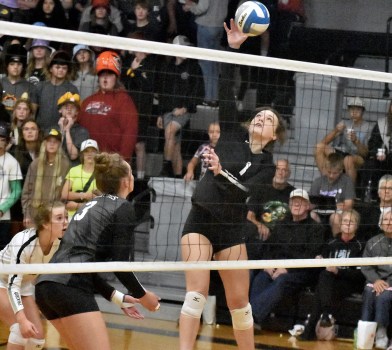 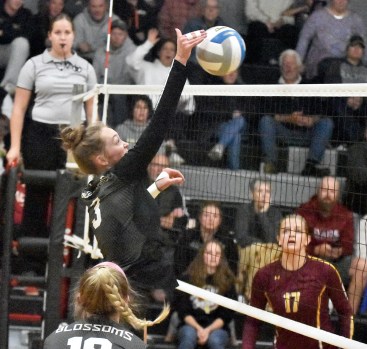 BLOOMING PRAIRIE – The Awesome Blossoms started slow, but they used their experience and energy to get things going and rally past Dover-Eyota by scores of 23-25, 25-14, 25-17, 25-9 in a volleyball match in BP Monday.

BP (7-6 overall) led 11-8 early in the first game after a kill by Sierra Larson, but D-E eventually took the lead and the Eagles (2-9 overall) were able to steal the opener with some timely serving and defense.

“The thing that slowed us down the most early on was our passing,” said BP senior Abby Hefling. “We weren’t in our headspace early in that game and we were a little bit overconfident. We just had to settle down.”

Hefling, a senior, who has played next to Larson up front for three straight seasons at the varsity level, helped BP rebound as she finished with six kills and 10 blocks. Larson added six kills and seven digs.

“It’s a big teammate thing with us,” Larson said. “I know how she’s going to close the block, so I know how to line up over her shoulder in the back row.”

Hefling said it is much easier to show up and play hard on game nights now than it was when the pair were first year sophomores and the youngest players on the team.

“Going in as sophomores, it was a little bit crazy and we were kind of in over our heads,” Larson said. “But now it’s kind of come down and we’ve stepped into the roles.”

While Hefling and Larson were providing the punch at the net, senior Madi Lea was making sure every player was focused and motivated. Lea, who had six digs and three ace serves, was vocal throughout the night and she made sure no BP player was left out of the mix.

“I think we play better when we have high energy and we’re talking to each other,” Lea said. “I try to keep that drive and that energy up.”