Austin divers continue their push, but Packers fall to Panthers 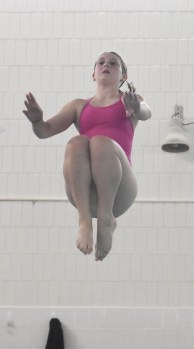 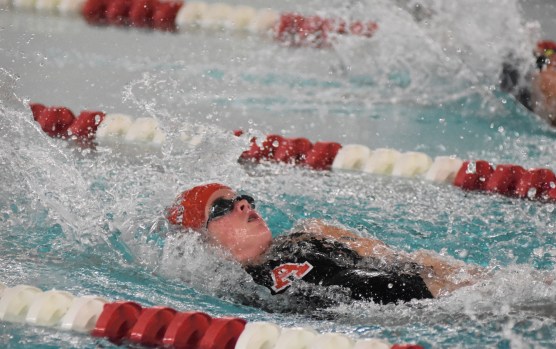 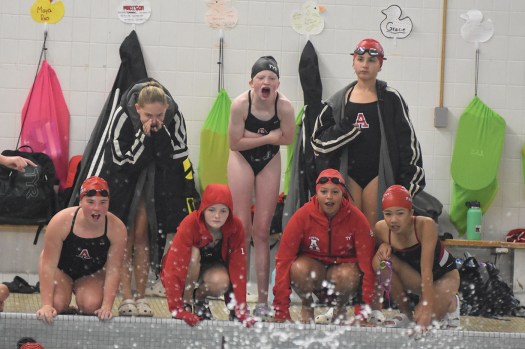 A group of Austin swimmers cheer on a teammate during a dual meet against Rochester Century Thursday. Rocky Hulne/sports@austindailyherald.com

The Austin swimming and diving team lost 96-82 to Rochester Century, but two of its younger athletes continued to thrive in Bud Higgins Pool Thursday.

A pair of Austin sophomore divers made small splashes and a big impact as Alayna Kennedy posted a score of 216.55 to take first and Reese Norton put up a score of 195.05 to take second.

Kennedy and Norton have both been steadily finishing over 200 this season after never getting higher than 198 last season. The divers competed together on a club team in Rochester over the summer and they’ve also learned to push themselves a little harder.

“It’s fine if I fail a dive, I just have to back up and do it again. You’re not going to die,” Kennedy said. “You have to keep yourself humble if you do well. You also have to stay fun, while competing. You want to make good friends, while also being competitive.”

Kennedy was a gymnast until she quit that sport in fifth grade due to having mental blocks. She took on diving and has gradually improved each year.

Norton went to state in gymnastics last season and she’s taken that confidence to the pool this fall.

“We’ve been getting in the mindset that it’s now or never. You either do it or you don’t. The slap of the water when you miss only hurts for like five seconds,” Norton said. “There is always going to be a competitive aspect against your opponents and even yourself, but as long as you’re having fun, it’s going to go well.”

Kennedy and Norton weren’t close as friends last season, but now they have developed a very close friendship.

“We have a bond together and that helps us push each other,” Kennedy said. “You have a shoulder to cry on if something doesn’t go your way.” 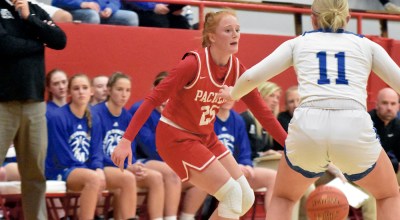