75 years of history: Historical Society a hub of Mower County’s past 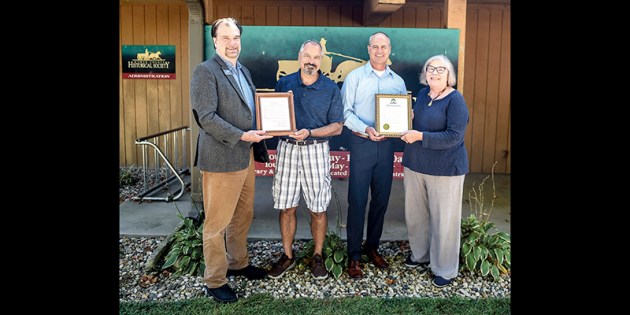 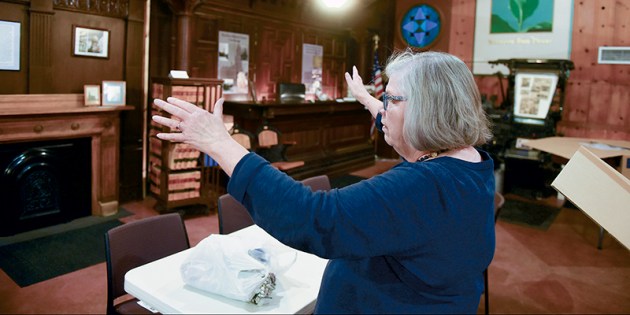 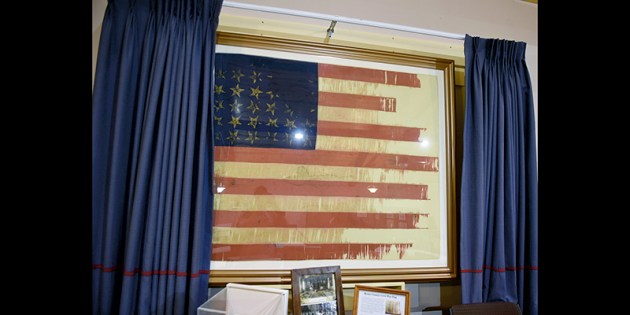 This refurbished flag from the Civil War is one of the Mower County Historical Society’s most prized possessions. Eric Johnson/photodesk@austindailyherald.com 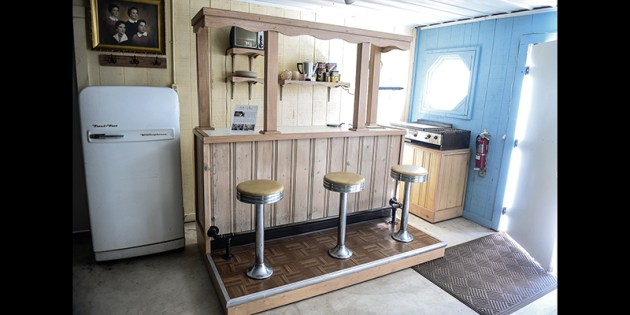 The kitchen of Bill’s Place, owned by the Pappas family, has been rebuilt at the Mower County Historical Society. Eric Johnson/photodesk@austindailyherald.com

Mower County has a rich history and nowhere will you find a greater hub for living that history than the Mower County Historical Society.

Celebrating 75 years this month, the Mower County Historical Society continues to gather and document not only the past but the present so that the future generations will be able to experience that same rich history.

“It’s just a repository for everything,” said Sue Grove, chair of the MCHS Board. “We’re the only ones. Literally the only ones, plus we’re collecting current history and people a lot of time times don’t think about that.”

The MCHS has changed a lot throughout its 75-year history, but maybe not more so than in the past decade, during which time it received it’s oldest and quite possibly its most revered exhibit in the chert display, it refurbished a flag from the Civil War and has made big strides to further hone the experience of visiting the MCHS.

That work has drawn people’s attention to the scope of exhibits on display at the MCHS.

Randy Forster came to the MCHS in the fall of 2017, when he was hired as the executive director. Since then he has pushed to organize the MCHS and improve the set-up building by building.

At that time, many of the buildings made it a challenge simply to walk through its holdings, with items stacked here and there and oftentimes covering up exhibits.

“One of my goals has been to improve the overall museum experience,” Forster said. “So we can have things for people to see and look at.”

Both the Pioneer Building and The General Store have  seen overhauls, with eyes now turned toward next year when there will be work on the church and the Hormel Building.

But these kinds of things aren’t done easily and over the years the MCHS has often relied on outside funding in coordination with funds received from both the city and county.

“We’re always on the lookout for grants and other funding resources, because it’s tough,” Grove said.

And that’s where the annual events like Christmas in the County and the Fall Harvest Celebration, which is this weekend, are important.

But while these events may help raise funds, they are also about coming together and celebrating history while having some fun.

“It’s a time to gather at some old fashion activities, rather than modern stuff and frankly we need the donations,” Grove said. “It’s just a nice place to gather in the fall and reminisce about some old things.”

The Historical Society will be able to look forward to some expansion, as it seeks to augment its on-site chert exhibit with an off-site experience.

One of the bigger projects on the horizon is establishing a public experience at the actual chert quarry near Grand Meadow. It’s a long-term project that has already been in the works for a number of years.

“We didn’t get serious about it until we got the collection in 2018,” Forster said. “That’s when we acquired it. That’s when we made the exhibit and then from that point on we wouldn’t have gotten anywhere without the help of Tom Trow.”

“He’s been instrumental,” he added.

Official plans have yet to be released, but Forster said that the 15-acre site will be worked on in order to be opened up and accessible. The hope is to create an interpretive plan to learn about the quarry, highlighted by an online visitor guide.

The MCHS is also working with a number of outside groups to help further the experience, including a partnership with the Prairie Island Indian Community among others.

“We’re hoping to have something open by next fall,” Forster said. “That’s the initial goal, but stay tuned. We need to get some more physical work done at the site.”

In the meantime, the MCHS will continue its mission ahead for the next 75 years by taking a methodical approach to updating and gathering items.

“We’ve gone from being very esoteric to being very practical,” Grove said. “We’re looking at the logical sequence of updating certain buildings and the exhibits.”

To learn more about the history of the MCHS or to see upcoming events, visit: www.mowercountyhistory.org/index.html