Yo-Yo on the Go: Master of his craft wows and teaches youths at Fair 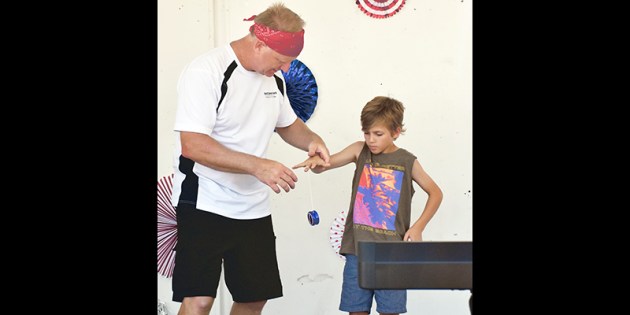 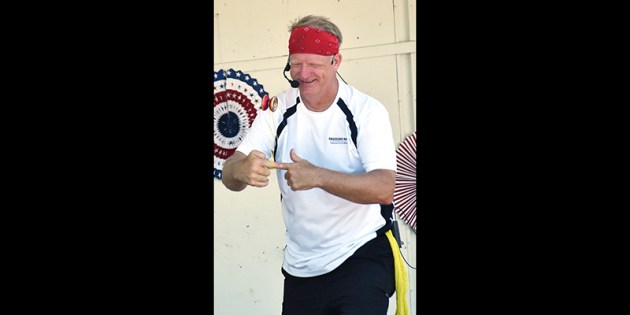 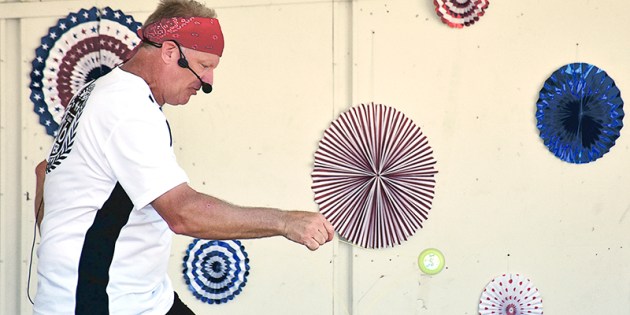 Dazzling Dave lassoes a yoyo during his set at the Mower County Fair Wednesday. Rocky Hulne/sports@austindailyherald.com 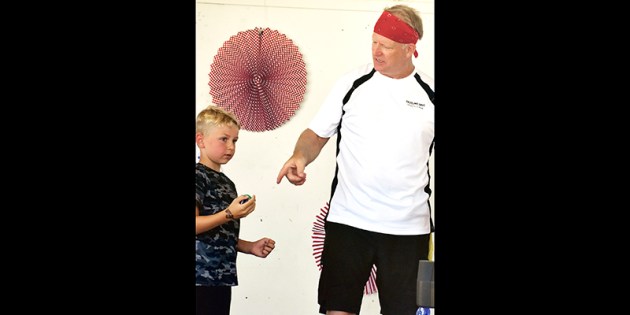 There are not a lot of people that would give up a steady career for life on the road filled with uncertainty, but Dazzling Dave is glad that he took that path.

Dave, who is originally from Coon Rapids, was four years into a teaching career in the metro area when he was given the chance to chase a yo-you career.

“There was no plan whatsoever. I was good at yo-yos and I taught yo-yo club at my school and then a company called to see if I wanted to quit teaching to do a professional yo-you tour,” Dave said. “I thought I can’t do that, and what kind of teacher quits. I went to school for this for four years.”

After a two-week training and interview process in Hawaii, Dave was convinced to put down the books and pick up a yo-yo. Just a year later, he was starting his own business, which takes him to schools, birthday parties, corporate events and county fairs.

It may have sounded a bit crazy at the time, but 24 years later, Dave is still going strong. He was on hand at the Mower County Fair Wednesday afternoon as he entertained children and adults alike, while also teaching them the skills of the yo-yo.

Dave performed two shows on Wednesday and he also spent a lot of time working with kids one-on-one between the shows. His tricks during the show proved why he is one of 12 yo-yo masters in the United States as he lassoed a yo-yo in mid-air, and was able to knock a chip off a volunteer’s ear with a yo-yo.

“If I’m not trying to learn a new trick, it’s not even difficult,” Dave said. “It doesn’t feel like work. It feels like fun.”

In 2020, Dazzling Dave was inducted into the National Yo-Yo Hall of Fame for outstanding accomplishments in the worldwide yo-yoing community.

Dave has a YouTube channel at dazzlingdaveyoyo and he was also featured in the Netflix series called “We are the Champions.”