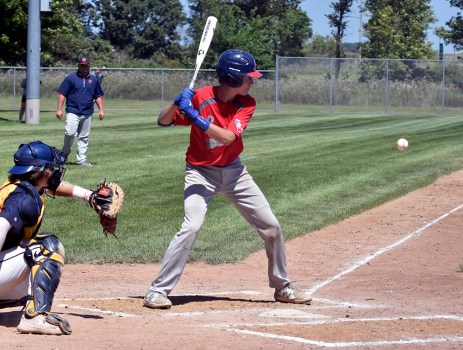 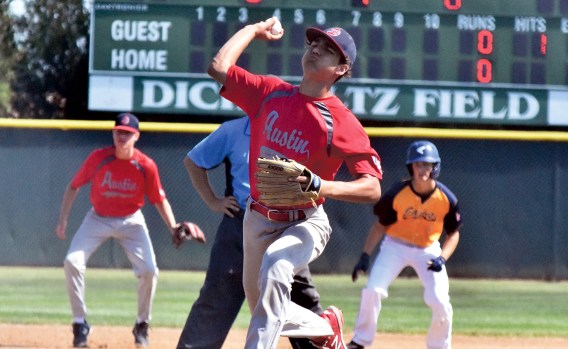 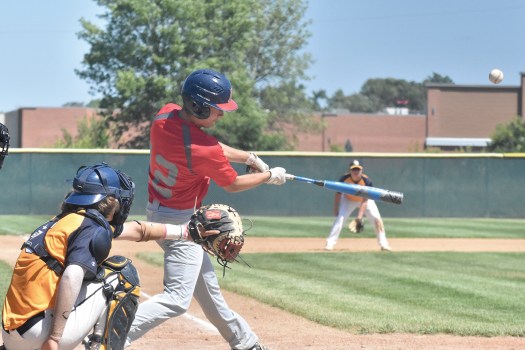 The Austin Post 1216 VFW baseball team ended up on the wrong side of the slugfest as its season came to an end in a 16-5 loss to Totino-Grace in a state tournament elimination game in Seltz Field Friday.

Austin went through five pitchers in a loss that saw TG rack up 15 hits, five of those which were extra base hits.

“We basically threw the kitchen sink with what we had left. We knew it would be a grind and that we would have to score runs,” Austin head coach Zach Huntley said. “We ran out of pitching and they continued to hit the ball. They’ve got a really good lineup and hats off to them.”

TG broke things open when Matthew Galatzer launched a three-run homer to left field to make it 12-5 in the fifth inning.

Post 1216 had an automatic trip to state as the host team this year, but it made it count by winning one of its three games.

“We had a lot of ups and downs, but we look at our first game where we didn’t play well,” Huntley said. “We turned it around with a total 180 and they showed their potential after that. We couldn’t be any more proud of what they did this year. It was a fun year and it was another state appearance for a lot of these guys.”