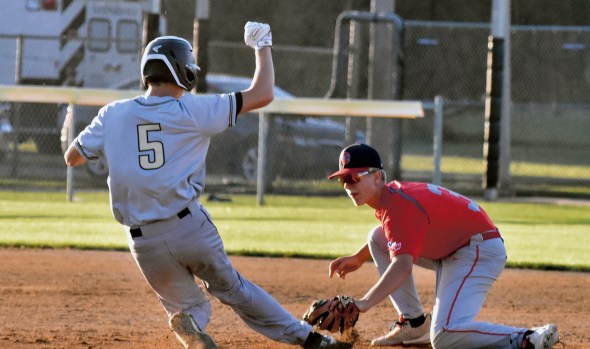 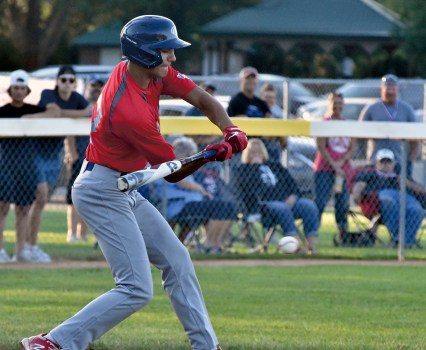 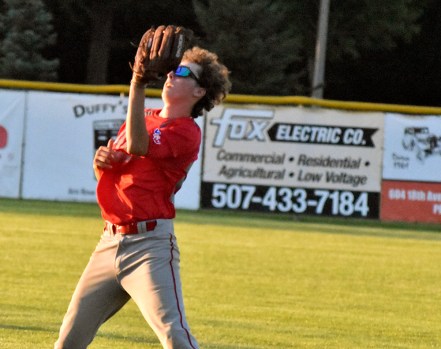 There was a lot of drama, but Blake Cummings ultimately had the answer as Austin Post 1216 kept its season alive with a 6-4 win over Andover in a VFW state baseball tournament elimination game in Marcusen Park Thursday night.

Cummings allowed the first two hitters to reach base in the bottom of the seventh inning, but looked to be out of the jam when he retired two straight.

That’s when things got interesting.

Cummings walked Sam Rowland on seven pitches to load the bases, but he struck out Jason Heller looking on a 3-2 fastball to preserve the win and Austin’s season for at least one more day.

“I was trying to strike him out. I didn’t want to give up any runs. I wanted to win,” Cummings said. “I just had to take deep breaths and focus on what I could do.”

Post 1216 will now play another elimination game as it will take on Totino-Grace at Seltz Field at 11 a.m. Friday.

While that game will be a challenge on short rest, Post 1216 was pleased to score a win at state after going 0-2 in its last two state tournament appearances.

“I don’t think Blake’s ever pitched in a situation of that caliber before,” Austin head coach Zach Huntley said. “He stepped up to the mound and he did his job. I couldn’t be more proud of him with the way he threw strikes. He didn’t quit and this whole team didn’t quit. It was great to see at the end. We had adversity and we didn’t fold tonight.”

Austin scored the first six runs of the game, but Andover gave Post 1216 all it could handle in the late innings.

Andover scored four times in the fifth and it had runners on first and second with two outs in the bottom of the sixth when Cummings came up with a key strikeout to give Post 1216 a much needed boost.

After being held to just one hit in their opening loss, Post 1216 found its first offense of the state tournament in the top of the third inning. Sam Oelfke singled with one out, Dakota Retterath tripled to center field to score him and Ethan Anderson put Austin up 2-0 with a bloop single to shallow right field.

Retterath pushed Austin’s lead to 4-0 in the fourth inning when he laced a single down the left field line for an RBI with two outs.

Retterath also gave Post 1216 a huge boost behind the plate as he picked off a total of five runners during Austin’s two games on Friday.

“I just had to tune out the noise to focus on the game with every pitch,” Retterath said. “It feels great to finally get a win at state.”