Something for everyone: Austin ArtWorks Festival just as strong now as it was in the beginning 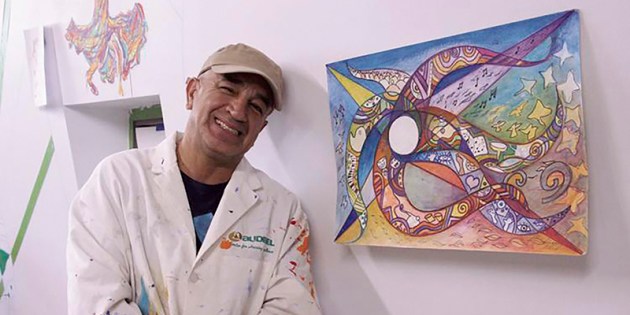 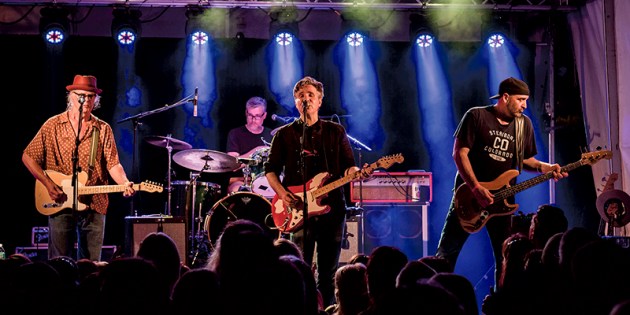 By all accounts, it’s going to be hard to top the 10th annual Austin ArtWorks Festival, but that doesn’t mean that the organizers behind the festival aren’t ever going to stop trying.

That’s the vibe one gets when looking at this year’s 11th avenue festival, to be held this weekend, Aug. 27-28.

Over 40 exhibitors and a whole slate of authors and musical performers are expected for a weekend that Helle says feels like a true end to summer.

“I’ve started calling it the unofficial end of summer,” Helle said. “We’re always right before Labor Day and in some ways it’s that last hurrah. School hasn’t started yet and people are out enjoying music and authors.”

There are plenty of areas that will make this 11th run of the festival notable. One of those areas is the music portion.

Hometown favorites, the Gear Daddies, will headline the Schindler Celebration Concert at 7 p.m. on Saturday night at Bandshell Park. While notable nationally for their eternal hockey anthem, “Zamboni,” the foursome also played an intricate part of a thriving Minneapolis music scene in the 90s.

But the Gear Daddies are more than the sum of their four pieces. Drummer Billy Dankert will be performing under the tent on Sunday at both 12:30 and 2 p.m. and Fallout, the precursor band prior to the Gear Daddies, will also play a reunion show during the festival at 1:30 p.m. on Saturday at the KMSU Mankato-Outdoor Stage.

Not to mention that another Austin native, Charlie Parr, will be playing on the KMSU Stage at 2:30 p.m. on Sunday.

“(Music) plays a huge role,” Helle said. “People love the music and it’s one of the more universal things you see. Whole families are coming and enjoying it together.”

However, music is more than simply pulling in known acts. It has to be about the greater spectrum.

“We’ve worked hard to ensure there was variety,” Helle said. “We covered a lot of genres up on the stage.”

Just as important as the prime musical acts is the featured artist and this year, Helle is excited by the visit of Victor Yepez, who will be more than just an artist sharing and talking about his work.

Yepez will take an active role with members of the community, formatting a project that visitors will be able to take with them throughout the years.

“I have to say I’m very excited about the featured artist because he is going to paint a mural for the Paramount Theatre. This one is actually going to leave a piece of the community and it’s crowd-sourced art. That to me is really special.”

Yepez immigrated to the United States 15 years ago and has worked as a sculptor, muralist, art teacher and public artist.

“I strongly believe that art is for everybody. In my sculpture, I utilize recycled materials because of their aesthetic properties and also with an ecological message for future generations,” Yepez has been quoted as saying. “My hope is that my work will play a role in creating a positive future with respect for the earth, justice and dignity for everyone.”

The mural that Yepez is creating will be on the east wall of the Paramount.

“We, as a committee, reviewed dozens of artists this year,” Helle said. “In 2022, we really focused on outdoor artists. Victor is proactive and is community driven. He came to the community, met people and learned about it to get a feel for it.”

“That was the deciding factor,” she added. “He’s not just coming up with a design in the studio.”

Meanwhile, the author stage is just as much a highlight as it always has been, headlined by William Kent Krueger, who has also visited Austin as part of the Austin Page Turners annual City-wide Read.

“William Kent Krueger is definitely the headline for authors,” Helle said. “He’s one of Minnesota’s biggest names. The Charlie Parr of the author schedule.”

While the highlight may be different for each person visiting the festival, Helle believes that it can be something for everyone.

“You want to come for Summerset, your partner wants to come for an exhibiting act,” Helle said. “People come for different reasons.”

One thing is for certain, though. The growth of the festival has certainly extended outwards from Austin. But as the arts have grown to take on a more centralized role in the community, so has the festival’s reputation grown exponentially.

“People didn’t necessarily believe when we first proposed this that we had a strong arts base in the community,” Helle said. “Now, I think it’s become a part of Austin.”

“If you look at just the list of exhibitors,” she continued. “We’re pulling from seven states and all the way across Minnesota. It’s now a regional show that way. Guests that come, 60% are from southeast Minnesota and a little bit of northern Iowa, but that means 40% are coming from farther away.”