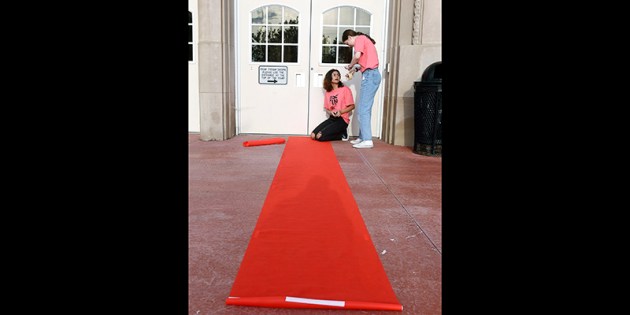 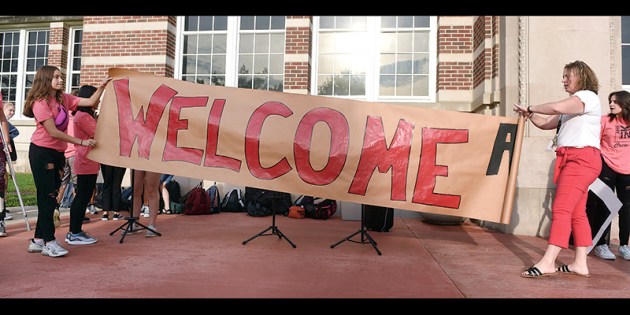 A “Welcome” banner is rolled out prior to students entering the building on the first day of school Monday. Eric Johnson/photodesk@austindailyherald.com 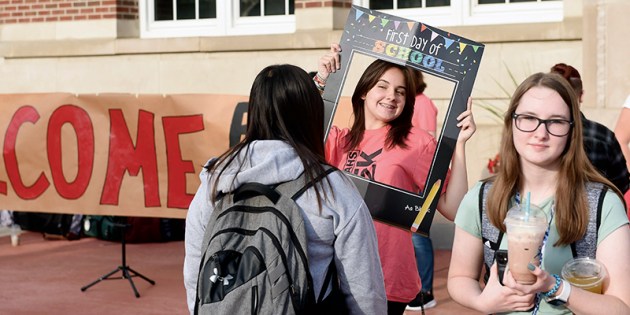 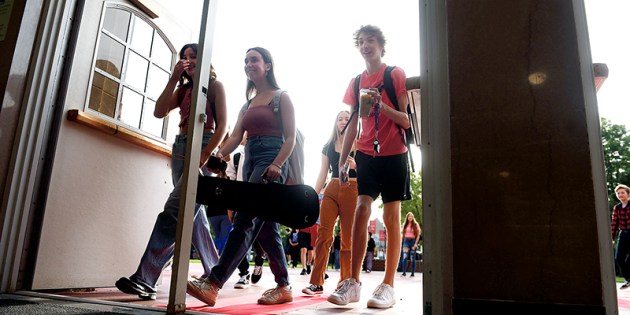 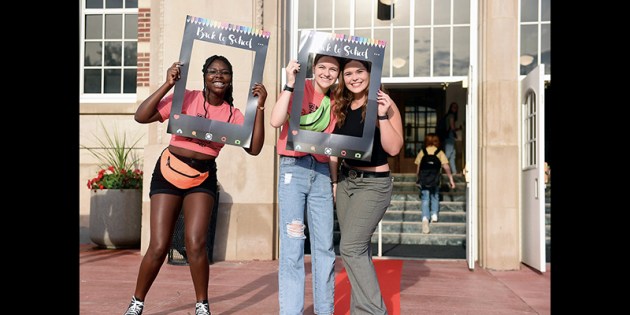 There was a party atmosphere Monday morning one the east lawn of Austin High School as students waited to start the 2022-23 school year.

Music was popping, smiles were flashing and energy was high. Exactly what Superintendent Dr. Joey Page, in his second year in the Austin Public Schools District, was hoping for.

“Really good. We really had a good first day here,” Page said. “Everyone has worked so hard to get the 22-23 school year ready to go. Seeing everyone was great.”

Page said there was an added bit of excitement in that the shadow of COVID-19 wasn’t hanging so darkly over everything.

While Page affirmed that COVID certainly wasn’t going anywhere, he did note the difference.

“It feels a lot more positive,” Page said. “It’s not as heavy. I think the kids had a good summer doing all of their activities. I think our staff had the opportunity to enjoy their time away from the school calendar. It felt like the traditional end of summer.”

The school year had a particularly smooth start when it came to busing. The district was plagued with busing issues last year that include long ride times and oddly timed bus transitions for students.

To help alleviate these things, the district took a hard look at how to improve these issues, which also included congestion during drop-off and pick-ups at the schools.

Page said that goals included making sure that families knew the routes ahead of time so they could prepare and that the routes were in the system so that school staff were aware of the system.

While it’s only been a couple of days into the new year, Page said the efforts seem to have paid off.

“Based on the feedback we’ve received even through (Tuesday), it was greatly improved,” Page said. “Last year, at Ellis, we were out by 4:30 p.m. We were out of there (Monday) by 3:22 p.m. Great improvement with that. It’s wonderful for our families and our kids.”

Even though it is early, Page said it wasn’t unexpected to see such a smooth start to the new busing system.

“We expected to be greatly improved,” he said. “We spent like 11 and three-quarters months planning for the first day.”

With the school district, including Sumner Elementary and Woodson Kindergarten’s 45/15 schedule, fully underway, thoughts now turn to the referendum the school is making a third attempt at.

Ever since the board passed the idea of the referendum for this November’s ballot, the district has worked hard to get the word out and will continue to do so.

“We’ve been sharing out information regarding the referendum, and we’ll continue to do that,” Page said. “The No. 1 job is getting information out so people can make an informed decision.”

So far, Page said that people have appreciated the effort.

“What I’ve heard is ‘thank-you’s’ for getting the information out early and making it readily accessible and understandable,” Page said. “I don’t know where that falls on the ballot, but they’ve noticed we’re making a good faith effort to keep people informed.”