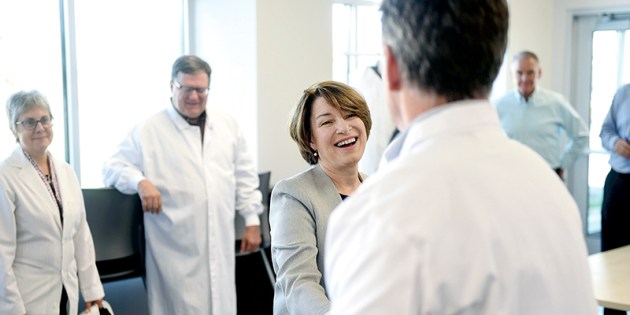 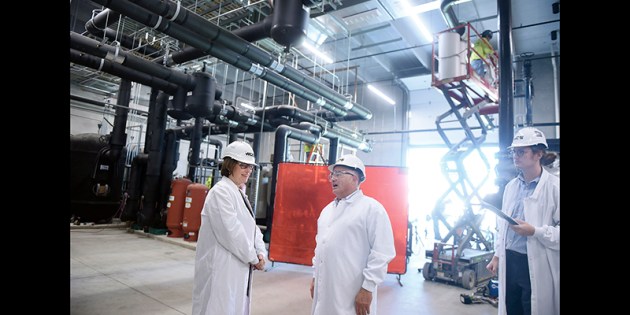 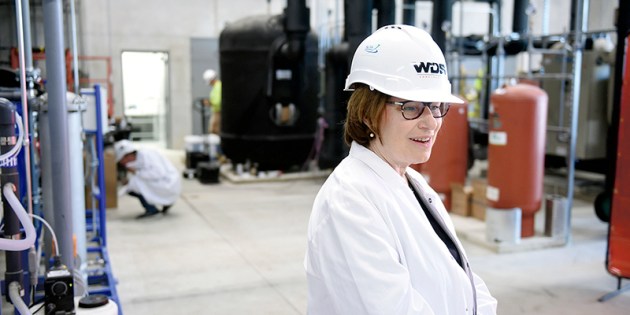 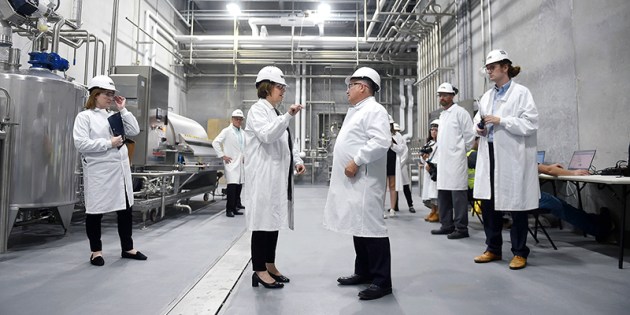 With the plant nearly up and running, Minnesota’s Sen. Amy Klobuchar visted the Nu-Tek BioSciences facility Thursday morning to get a tour of the state-of-art, one-of-a-kind facility in Austin.

When fully operational, which is slated for October, the 60,000 square foot plant will manufacture materials that will be used in the next generation of pharmaceuticals for the biotech and wellness foods industry.

It will also be the first facility in the nation that won’t use tissue testing, but rather will use plant-based materials in creating the peptones for the pharmaceutical industry.

“Hearing it’s the only plant in the nation is pretty impressive,” said Mayor Steve King, who was among those who accompanied Klobuchar and CEO Tom Yezzi on Thursday’s tour. “That Nu-Tek made a nation-wide search and landed in Austin can’t understate that.”

After the tour, Klobuchar reflected on the importance of the plant, which when completed and fully operational will employ around 100 people, not only as a benefit to Austin, but to Minnesota and the country as whole.

She said that companies and plants like Nu-Tek will help make America a more self-reliant country.

“For me, it’s the bigger story that we want to make stuff in America,” she said. “Invent things, export to the world. That’s what they are doing here and they are doing it in a way that’s going to help our supply chain.”

The country’s supply chain is still recovering from the blow dealt by the COVID-19 pandemic, but Klobuchar is hoping that plants like Nu-Tek can help alleviate any kind of issue in the future.

“When it happens with things like baby food, when there’s contamination and you can’t even get baby food off the shelf because there are no competing plants; we don’t want that to happen here with pharmaceuticals,” Klobuchar said. “So to me the two things that respond to those problems is one, having our own plants where we’re making our own things and we’re not relying on foreign companies or foreign countries and the second thing is safer plants that can have less contamination. That’s exactly what this is.”

Nu-Tek’s plant broke ground in May of 2021 and since then have been able to make good on a speedy timetable, maintaining scheduled work to open on time fully later this year.

That was helped along by the company getting a start with pre-engineering about a year before choosing Austin as its new plant site. It also allowed them to put in orders and get delivery dates ahead of the supply chain snarls.

Yezzi said that having Klobuchar able to visit the plant and see what the future entails in-person is a boost to the plant and the city of Austin.

“It’s extremely important to us to have her get a chance to look at this because we believe this is extremely impactful for the State of Minnesota,” Yezzi said. “On top of that, for some of the things we are doing, we’re actually working with some federal organizations in pandemic response and so any support we get from the senator is extremely valuable to us.”

With the establishment of Nu-Tek, city officials along with Klobuchar, are optimistic for the future of Austin and other smaller communities who could host similar projects.

“So many times people think they have to go to the same places,” Klobuchar said. “Whether it’s California or New York. Whether it’s the big city instead of a mid-sized one. I think what we’ve shown in Minnesota, the way we have so many successful companies distributed around the state — it’s one of the secrets to our success.”