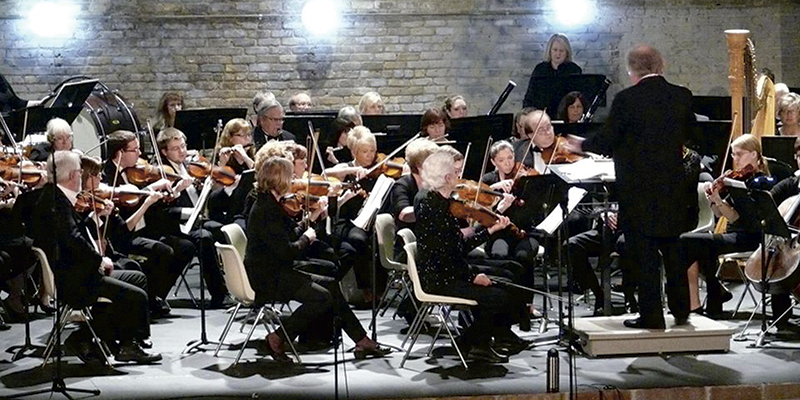 I am the Operations Manager of the Austin Symphony and will be writing this column to introduce you to the exciting performances planned by your symphony orchestra. I will also be talking about the outstanding soloists we are featuring, the wonderful music we are performing, and the other services we offer as a community orchestra.

We are celebrating our 66th season with world class soloists as well as local favorites and a wide variety of music. Truly there is something for everyone this season. Here is an overview of the season with more detail available as each concert draws near.

Starting his 29th year as conductor, Stephen Ramsey has planned a great season, beginning with a family concert on Oct. 30 titled “Puppets and Princesses.” Composer Igor Stravinsky’s “Petruschka” is a ballet and concert work that tells the story of the loves and jealousies of three puppets that are magically brought to life, resulting in some of the most original and exciting music of the 20th century.  In addition, the Matchbox Children’s Theatre will add their own dramatic interpretation with narration by Austin’s own Lisa Deyo. We present Petruschka in celebration of Igor Stravinsky’s birth which occurred one 130 years ago. But there is more. The second half of the program will feature local actress Morgan Dickman who will sing, accompanied by the symphony, many of the favorite princess songs from Disney movies, including  “Little Mermaid,” “Beauty and the Beast” and “Frozen” to name just a few. The program also includes the “Overture to the Asian Princess” by Saint-Saens. This is going to be a real treat for young people of any age.

For our second concert, “Michael Veldman and Friends,” local favorites, are returning to perform hits from their popular Paramount Christmas shows accompanied by the Austin Symphony on Dec. 11. As always, Michael will be joined by Erin Schumacher, Kaye Perry and Brian Bawek to perform both sacred and secular Christmas favorites. This concert will be the highlight of your Christmas season.

Our third concert, on Sunday, Feb. 26, is “A Richard Roberts Celebration.” Richard was born and raised in Austin and went on to become one of the longest serving concertmasters of any professional orchestra in North America. We will celebrate his career by performing the beautiful Beethoven Triple Concerto with returning guests Tony Ross, principal cellist of the Minnesota orchestra, and Roberto Plano, a favorite of the Symphony who has performed with us many times over the last 20 years. It will be a reunion of world class musicians. Also on the program will be the “Symphony No. 1” by Florence Price, the first African American woman to be recognized as a symphonic composer.

Our fourth concert of the season is titled “Drama and Democracy” and will feature a rising star in the opera world, Alexandra Loutsion. Hailed as “fearless” (Opera News) and “masterful” (Tulsa World), she has appeared with opera companies in Chicago, Pittsburg and Minnesota to name just a few. A soprano, she will be featured in selections from operas by Richard Wagner. In addition, the Austin Symphony Chorus will be performing the beautiful “Mass in G Major” by Schubert and the patriotic “Song of Democracy” by Howard Hanson. This will occur on Sunday, April 30.

Ms. Loutsion will also give a recital on Friday, April 28 starting at 7 p.m. at Our Savior’s Lutheran Church in Austin. This recital is free for season ticket holders which entitles them to five concerts for the cost of four.  That is a great deal!

All concerts, except for the recital, are held at Knowlton Auditorium at 2 p.m. Season tickets are $75 each, $60 for seniors (65 and older) and free for all youth through college age. We also invite those who wish to support the symphony with a donation to do so at various levels. These names are then printed on the programs. If you purchased season tickets or donated to the symphony in the past you will receive a mailing soon allowing you to purchase or donate by mail. If you have not purchased season tickets or donated before, you may do so by visiting our website www.austinmnsymphony.org and selecting the tickets or support tab. Or you can email tickets@austinmnsymphony.org. Individual tickets for each concert will also be available on our website or at the Coffee House on Main and Hy-Vee for $20 each. Tickets at the door are $25.

The symphony is always looking for new musicians, especially string players. If you are interested in auditioning for the orchestra check out the audition tab on our website.

If you have any questions you may now call our new information line at 507 460 3678 or e mail info@austinmnsymphony.org. We look forward to celebrating our 66th season with you.