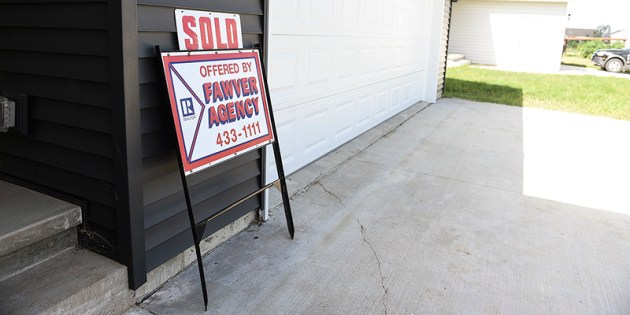 A sold sign leans up against the recently completed home, built by Riverland carpentry and electrical students. Eric Johnson/photodesk@austindailyherald.com 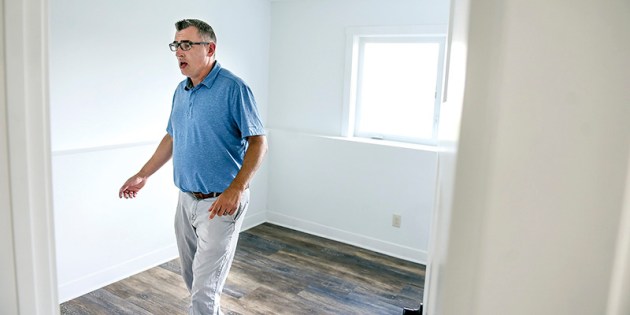 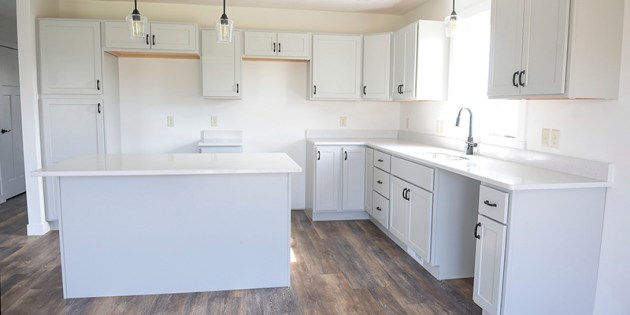 The kitchen area of. a home built by Riverland carpentry and electrical students. Eric Johnson/photodesk@austindailyherald.com 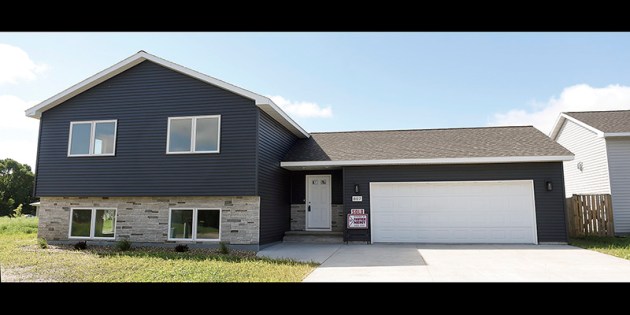 The most recent home completed through a partnership between the Austin HRA and Riverland Community College. Eric Johnson/photodesk@austindailyherald.com

Located along 24th Avenue NW, a “sold” sign leans against the garage of a newly built home — a collaboration between the Housing and Redevelopment Authority (HRA) and Riverland Community College.

It sits next to another split-level home of similar design, also built by Riverland Community College.

The house comes complete with five bedrooms, a kitchen and two bathrooms on a location of 2,400 square feet.

What stands out as unique is that it’s a home built by Riverland Community College construction and electrical students and is part of a long-standing tradition of building a home each year.

“This collaboration is a win-win for all entities,” said Ryan Langemeier, Dean of Academic Affairs at Riverland Community College. “Ultimately, the students in Riverland’s carpentry and construction electrician programs benefit greatly from the real-world experience of constructing a home.”

Riverland has been building this project for years, during which it spent time partnering with Habitat for Humanity in Austin before it closed. It now works with HRA to continue the tradition.

With Austin experiencing a housing shortage, especially in the number of single-family homes, this partnership is providing an avenue to help alleviate that problem.

“It’s good to work with Riverland, but we’re also trying to add housing,” said HRA Executive Director Taggert Medgaarden, adding that even though it’s one house at a time, it’s still a step forward. “We’re providing housing and trying to utilize lots that developers wouldn’t build on.”

HRA originally purchased the lot this house currently stands just north of the Fox Point Development, along with eight additional lots for that purpose. HRA also works to set up these projects in neighborhoods that show a need for good, solid housing.

While this home, which is expected to close this week according to Medgaarden, adds to housing in the city, the project also acts as a draw to the programs offered at Riverland.

“It’s showing a need,” Medgaarden said. “The students in this programming are going into well-paying trade jobs.”

If you are interested in joining trade programming at Riverland Community College, call the Admissions Office at 1-507-433-0600.