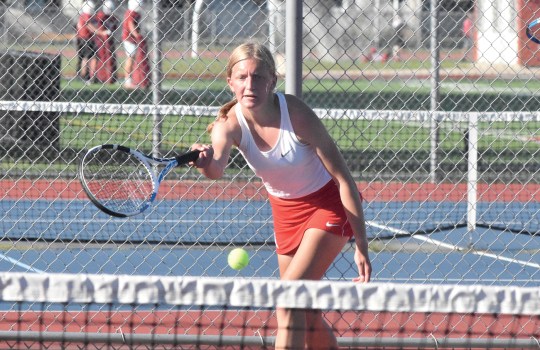 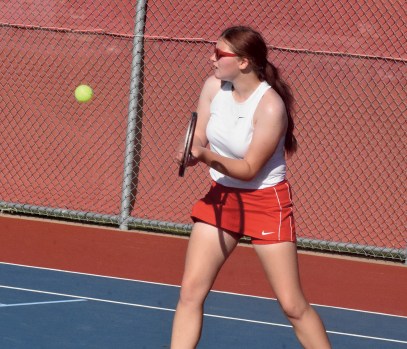 Vida Curtis makes a play on the ball for the Packers. Rocky Hulne/sports@austindailyherald.com 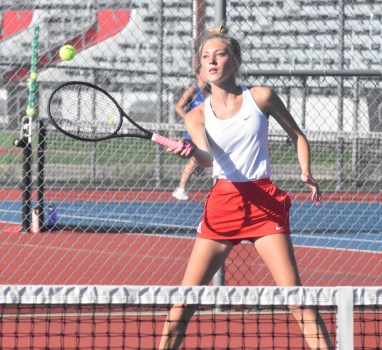 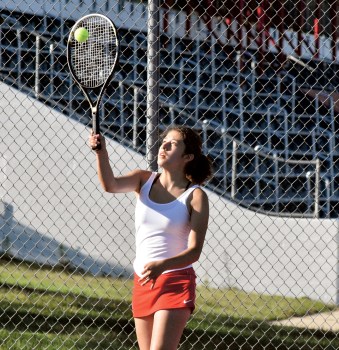 “We played a very experienced team in Cotter tonight. They played eight seniors and two juniors,” Austin head coach Jeff Anderson said. “It was good to have the VanPelts back and playing doubles tonight. They were a little rusty after a week off but they were able to shake that off and win their first doubles match of the year. Yazmine (Huerta) won her first varsity match tonight by beating a very consistent player. Overall, I felt we played well and hope to build off the success as we move forward.”