Our opinion: Nu-Tek is just the start 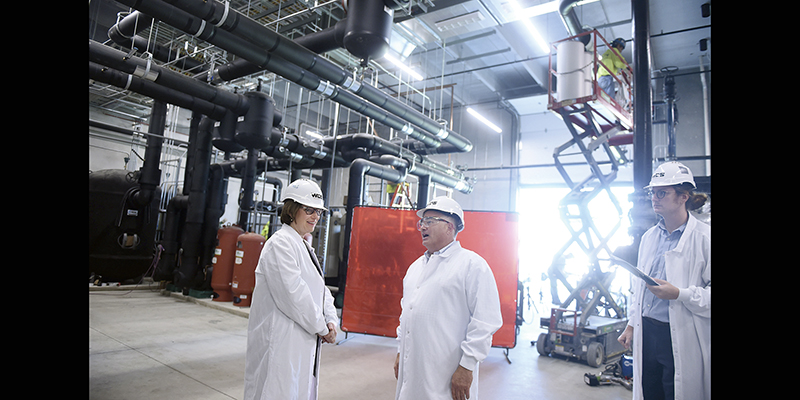 It was hard not to feel excited for the future of the community going forward after Thursday’s visit by Sen. Amy Klobuchar to the Nu-Tek Biosciences plant in Austin. It felt as if Austin was on the verge of turning a corner into a whole new future that shines bright with possibility.

Nu-Tek’s plant, which looks to open fully in September, is a one-of-a-kind operation that relies on plant-based materials in creating peptones for the pharmaceutical industry, while not relying on tissue testing.

That’s notable in and of itself, but as far as Austin is concerned it demonstrates a company that was willing to put its faith in Austin. Nu-Tek held a nationwide search for the right environment to place its new plant and it chose Austin.

Why it’s notable is that now a message has been sent to other companies that they don’t need to return to larger cities all the time. Cities like Austin, Albert Lea and Owatonna are viable targets, located along two of the busiest interstates in the nation.

Specifically, Austin has made a push to attract these businesses with focuses on those things that already make Austin a standout option: Food, science and agriculture. Those three things together make Nu-Tek’s placing of their state-of-the-art plant a perfect opportunity and now that focused light is shining brighter than ever.

“What they looked for and discovered was Austin’s assets,” said Mayor Steve King on Thursday. “We’re ag based, we’re biosciences based, we’re manufacturing based. We’re set up to bring folks like Nu-Tek in.”

What really makes the whole idea especially vibrant is now Nu-Tek can act as a magnate. Austin can be a confluence of leading-edge science, to work with neighbors that coexist along the same lines that made Austin so attractive to Nu-Tek.

Austin’s future businesses will work because they will be able to feed off what is already here and now Nu-Tek is part of that strengthening nexus.

This is a fun time in history for Austin and we can’t wait to see how future moves and continues to unfold and strengthen our community.