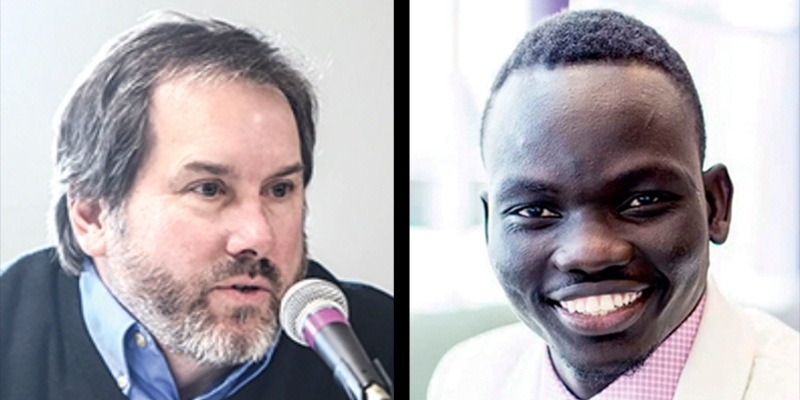 With all six Austin precincts reporting, voters in Austin are sending Oballa Oballa and Jeff Austin forward to November for the Austin City Council At Large seat.

“I’m emotional,” Oballa said Tuesday night. “I just want to say thank you to everybody in Austin for believing in me again. I’m very emotional right now, very happy.”

Oballa was still serving his first term in Ward One when his family moved out of the ward. Just before that he announced his run for the At Large seat held by Austin, who said he will continue moving forward to serve the constituents of Austin.

“That’s kind of it. Running on my record,” Austin said. “I would like to say I appreciate those who voted for me, support me and supported me over the years. We try to do what we can for the people and advocate for their wants and needs.”

Austin was first elected in to the City Council in 2007, ironically in the First Ward. With plenty of years under his belt, Austin said he’s just going to keep working with and for the citizens of Austin.

“Keep talking to the people, listening to what they want done, how we can keep moving our city forward,” he said. “I think we are very progressive and have done a lot of things right over the years.”

Oballa said he was confident going into Tuesday’s election, but nervous considering that primaries traditionally have lower turnouts.

However, he is now excited for the next step.