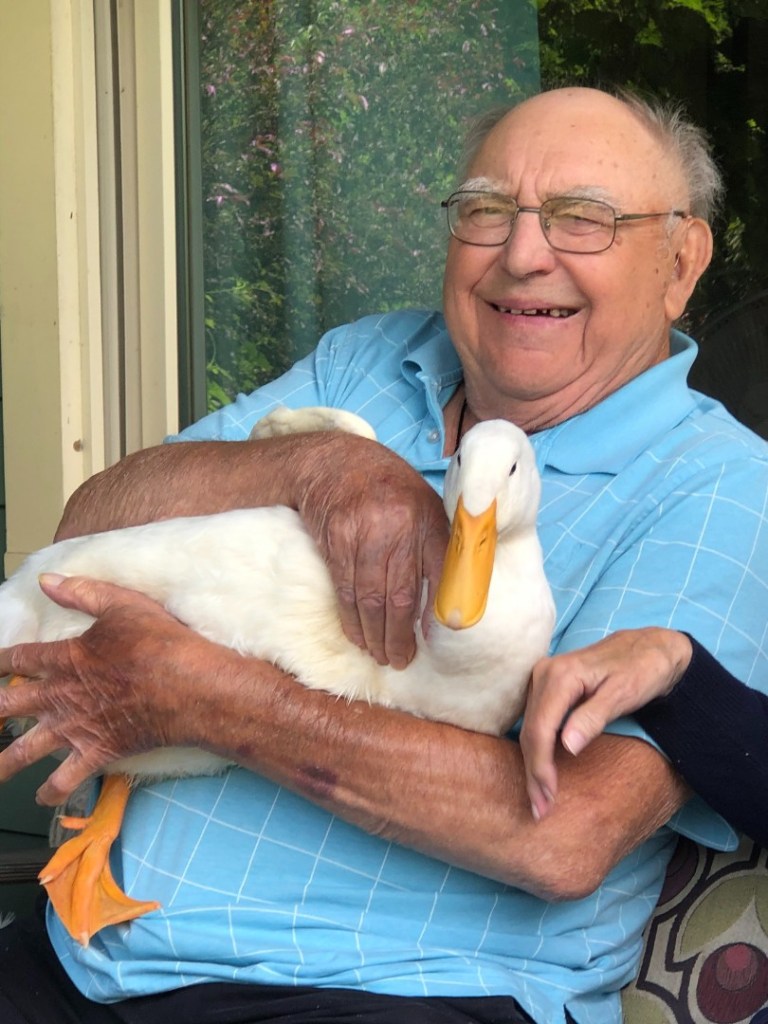 John Augustin “John the Barber” died peacefully at home with family at his bedside and under the care of Pine Ridge Assisted Living and Lakeview Hospice staff. He was 89 years old.

John was born in 1932 and grew up in Elkton, Minn., the youngest of Nora and Fred Augustin’s four children. It was during The Great Depression, and he worked hard on neighboring farms, beginning at an early age, to help out the family. During his school years, he excelled in sports and was a decent student. When he graduated high school, he joined the army.

John shipped out to Korea – a corporal in an anti-aircraft squad – for a war that was thankfully in armistice when he arrived. Along with the soldiers in his company, he loved the Korean people he worked with and spoke fondly of them for his entire life. He also held onto a handful of Korean language phrases that he overused with family for all his days.

Shortly after returning from overseas, John met Janice (Thoe). From the day they met, he was at her door every evening. She and the GI Bill put him through barber school, and they married when he graduated in 1956.

John ran Midtown Barbershop in Austin for 42 years. He loved his work and introduced himself as “John the Barber” even long after retirement. John and Janice had four children – JoAnn, Scott, Wayne and Steven (deceased) – in Austin.

John was active as part of Holy Cross Lutheran Church, served on the “chain gang” for Austin High School football and served in professional organizations, including the Master Barbers Association. In his younger years, he was an excellent pitcher in fast-pitch softball in Austin, and his close relationships with his teammates continued through years of bowling, fishing, hunting and golf, as well as lifelong friendships.

Throughout their lives, John and Janice were an inseparable team. They retired together in 2001 and hit the road in their Winnebago. They visited every state, except Hawaii, and spent a lot of time in Alaska and the Black Hills.

They moved to Hudson, Wis., 10 years ago to be closer to family, and in later years lived together at Christian Community Home, most recently in its assisted-living residence. But Austin was always in his heart, and he regularly wore a SPAM hat to stir up conversations of home.

John was fun to be around. He seemed to collect colorful phrases – many too scatalogical for an obituary – and used them frequently. A snake wasn’t huge, it was “longer than two ropes tied together.” A pitcher wasn’t struggling, he “couldn’t hit a bull in the censored with a bass fiddle,” and, when working with John – painting a room or fixing a car – he might find reason to remind you that “a farting horse will never tire; a farting man’s the man to hire.”

John is survived by his wife, Janice; three children, JoAnn (Brad), Scott (Colleen) and Wayne (Kiki); seven grandchildren, Travis (Britt), Kyla, Katie (Madeline), Grace, John, Joey and Hattie; and a sister-in-law, Janet (Dalvin Augustin). He was preceded in death by parents, Fred and Nora; and siblings and their spouses: Anne and Vernon Hart, Dalvin Augustin, and Harold and Eleanor Augustin.

The funeral service for John will be held at 10:30 a.m. on Monday, August 29, 2022, at Worlein Funeral Home Chapel in Austin. Visitation will be held from 10:00-10:30 a.m. prior to the service. Interment will be in Grandview Cemetery in Austin. Worlein Funeral Home of Austin is assisting the family with arrangements. Condolences may be expressed to the family online at www.worlein.com.

Farewell, traveler. See you on the other side. 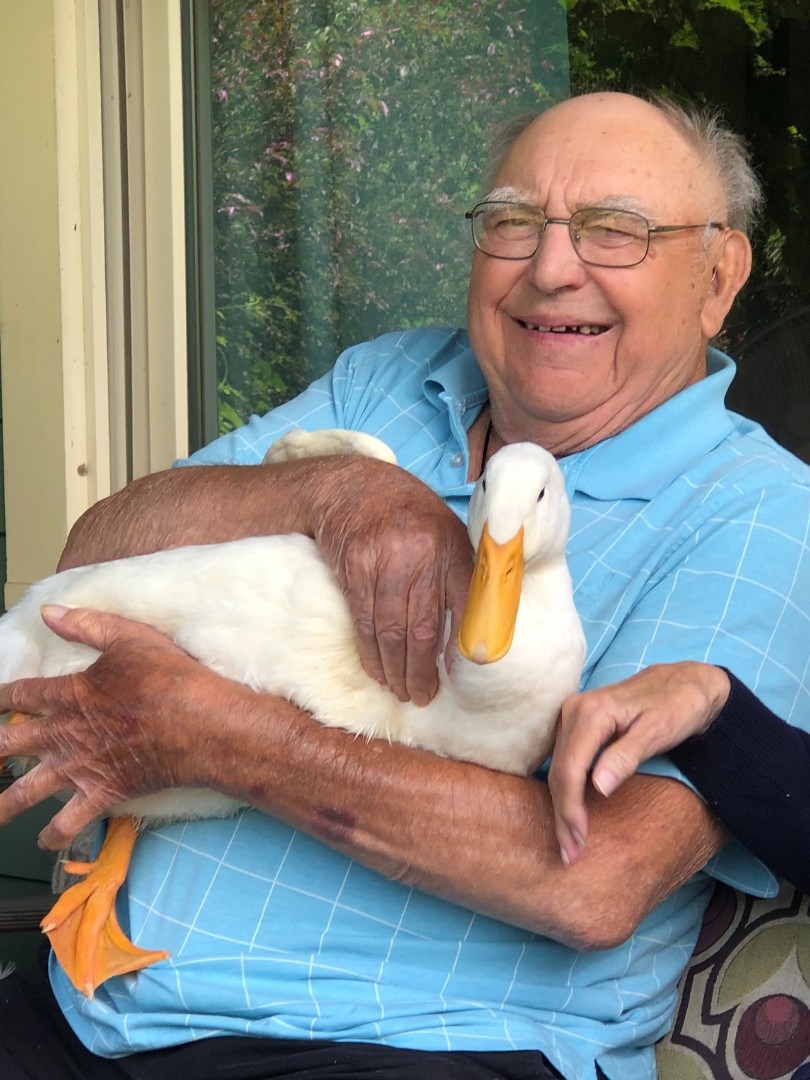