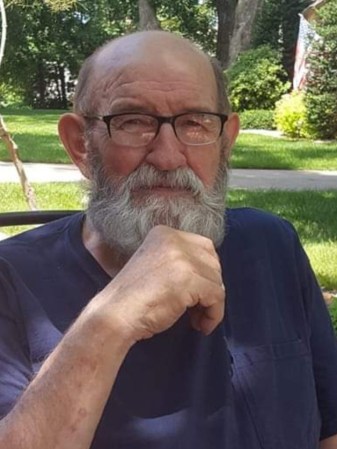 Glenn Robert Schewe, age 80, of Moscow, Minnesota, passed away on Friday, August 12, 2022, at Our House Senior Living – Austin Memory Care. Glenn was born on June 6, 1942, in Albert Lea, Minnesota, to Robert and Ardith (Wittmer) Schewe. He grew up in Hayward, Minnesota, and graduated from Albert Lea High School in 1961. Glenn was then drafted into the Army in 1964 and was stationed at Fort Hood in Texas until April of 1966. He was in the 1st and 41st Infantry Division and then started in the chemical warfare program as a truck driver. He was officially discharged in 1970. Glenn married Cheryl (Ruble) of Moscow in 1968; they later divorced. Glenn was an over the road truck driver for many years, working for various companies. Following retirement, he was hired at Walmart as a greeter; he loved his job and people loved him. To this day, they say he was the best greeter. Glenn belonged to many organizations including Mower County Trailblazers, Sunset Saddle Clubs, and his latest – the Freeborn County Pheasant and Habitat of Hollandale. He loved playing cards, fishing, deer hunting, trail riding, dancing, and listening to his beloved Minnesota Twins. Glenn always had some sort of game playing on the radio in the barn shop or truck.

Bearded One, what’s your 20…I am in Heaven now, time to shut it down, this is the Bearded One, over and out.

A memorial service will be held at 2:00 p.m. on Wednesday, August 17, 2022, at Moscow Lutheran Church, rural Austin. Visitation will take place from 5:00-8:00 p.m. on Tuesday, August 16, at Worlein Funeral Home Chapel in Austin and will continue for one hour prior to the service at the church on Wednesday. In lieu of flowers, memorials are preferred to the Alzheimer’s Association. Worlein Funeral Home of Austin is assisting the family with arrangements. Condolences may be expressed to the family online at www.worlein.com.