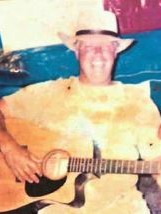 Floyd Franklin Fodness, age 61, of Austin, Minnesota, passed away on Wednesday, August 3, 2022 at Saint Mary’s Hospital in Rochester, Minnesota from a heart attack. Floyd was born June 20, 1961 to John and Patricia (Johnson) Fodness.

He attended Austin High School and graduated with the class of 1979 and went on to run the family’s business Candyland Amusements. During that time he resided in Cleveland Texas. Returning to Austin in 2012, he started AA Taxicab Service. He later went on to work for McFarland Truck Lines. Floyd was a member of Meadow Greens Golf Course and was an avid golfer. He was also a musician for the “Door 49” band. He enjoyed food, movies and spending time with his family.

Survivors include his two sisters: Cyrene Berthiaume and Amy Ferguson both of Austin Minnesota; nieces and nephews. He was preceded in death by his parents, John and Patricia Fodness; one nephew, Robert Walker Jr.

A memorial gathering will be held at 1:00 pm, service will start at 2:00 pm on Friday, August 12th, 2022, at Crane Chapel in Austin. Please join the family for refreshments after the service.