Fair kicks off 2022 year with packed midway under sunny skies 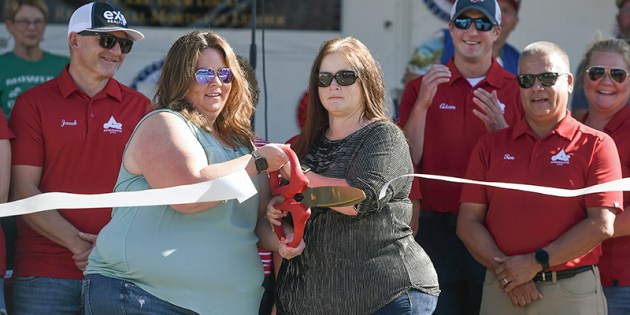 Rae Hardecopf, right, and her daughter Alle Hardecopf cut the ribbon on the 2022 Mower County Fair Tuesday night. The mother-daughter pair were named this year’s Fair Persons of the Year. Eric Johnson/photodesk@austindailyherald.com 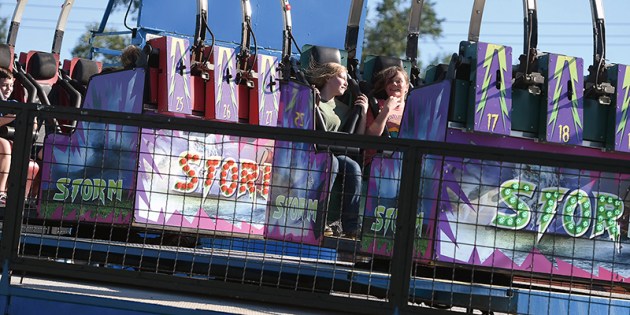 A pair of girls hold on during a ride on Storm Tuesday during the opening night of the Mower County Fair. Eric Johnson/photodesk@austindailyherald.com 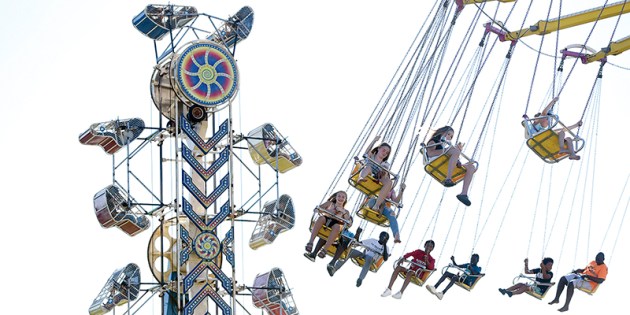 The rides were busy Tuesday for the opening of the 2022 Mower County Fair. Eric Johnson/photodesk@austindailyherald.com 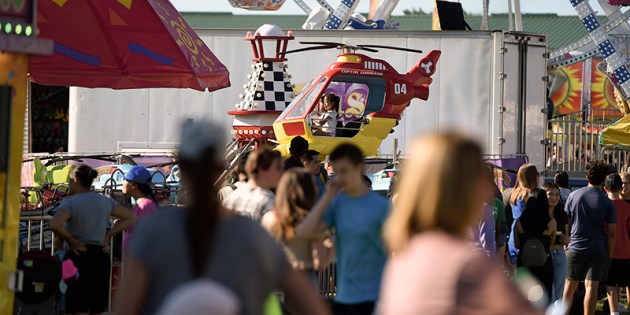 The area wasted little time Tuesday night as the midway was crowded for the opening of the Mower County Fair. Eric Johnson/photodesk@austindailyherald.com 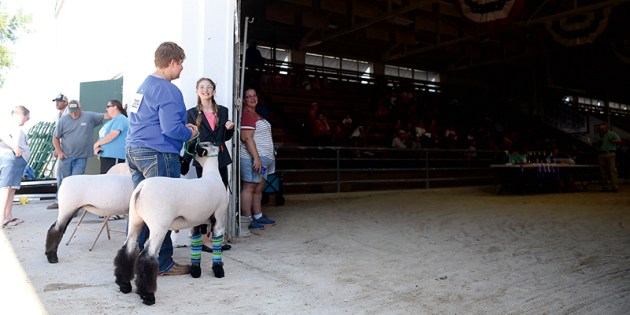 Kalei Tank and Jaxon Hahn, both members of the Red Rock 4-H club talk as they wait to show their lambs during the Lamb Lead show on the first night of the Mower County Fair. Eric Johnson/photodesk@austindailyherald.com

Rae and Alle Hardecopf named Fair Persons of the Year

Prior to Tuesday night’s opening of the Mower County Fair, organizers were expecting a very good year.

If Tuesday night is any indication, they could be right.

The midway was packed with people on the opening night of the fair, with lines for ride tickets stretching deep into the midway itself. Meanwhile, 4-H shows were already well underway and food vendors were enjoying an early surge of hungry fair-goers.

“It’s been good, the weather has been fantastic,” said Fair Board President Kevin Finley shortly after the opening ceremonies came to a close. “I’m not sure what else you could add.”

Before Tuesday night, Finley had said that early indications were already leaning toward a record fair and he alluded to that again during the opening ceremonies, telling the crowd: “Check out the Plager Building. The Plager Building is filled, one end to the other.”

The annual start to the night came with the traditional opening ceremony where the Fair Person of the Year is named. This year that honor went to mother-daughter duo Rae and Alle Hardecopf, longtime volunteers at the fair.

“Mom volun-told me when I was younger,” Alle quipped afterwards, referring to how she began her time working the week of the fair. “I grew up here, coming here since I was eight to the fair.”

For over 20 years Rae worked with the Grand Meadow Lions Club at the grandstands selling concessions, however as time went on and membership in the club dropped the group had to back out.

Still, Rae said she remembered her time at the fair foundly, especially the people.

“It was great,” she said. “They were an amazing group of people. It was hard to walk away.”

Finley remembers Rae and her daughter as people you could trust to be there when they needed to be.

“Trust, dedication,” he said. “You could trust they were going to be there. Just good community individuals. They gave up a lot of their time to be here. I never had to worry about them. I knew they would be there.”

The fair will continue rolling through to Sunday under largely sunny and partly sunny skies. The only threat of rain is a 30% chance of showers Friday night and mostly cloudy skies throughout the day.

For the rest of the week, people can check out several remaining popular events at the grand stands including enduro racing Wednesday night, NTPA Tractor Pull Thursday, two nights of Great Frontier Bull Riding Friday and Saturday night at a demolition derby on Sunday. All events start at 7 p.m. except for the derby, which starts at 2 p.m.