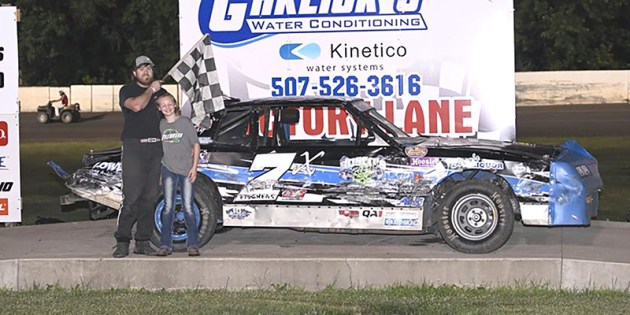 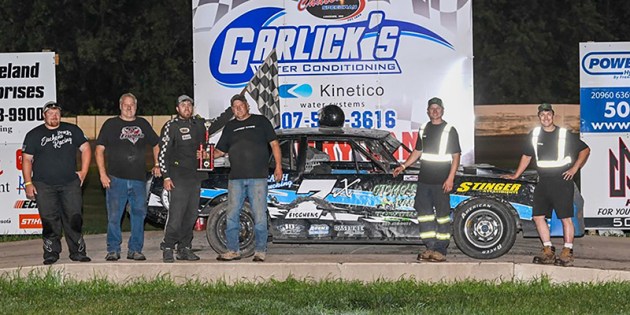 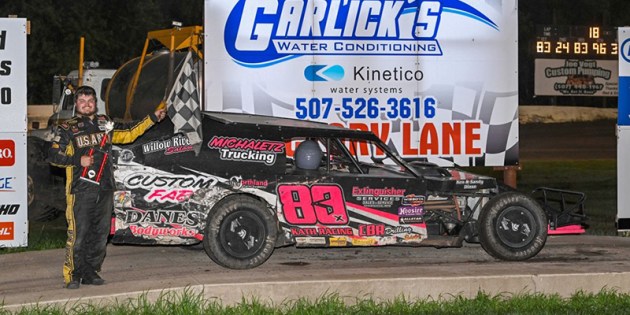 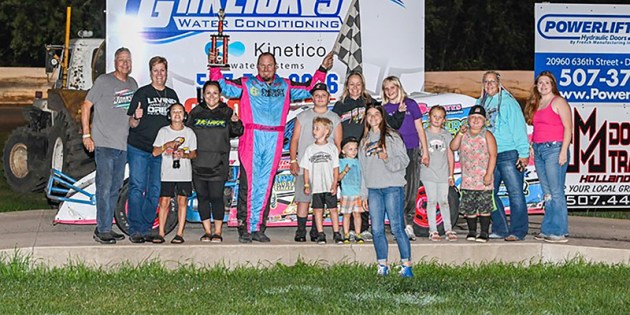 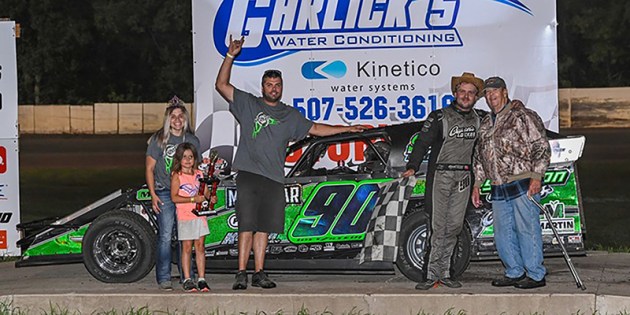 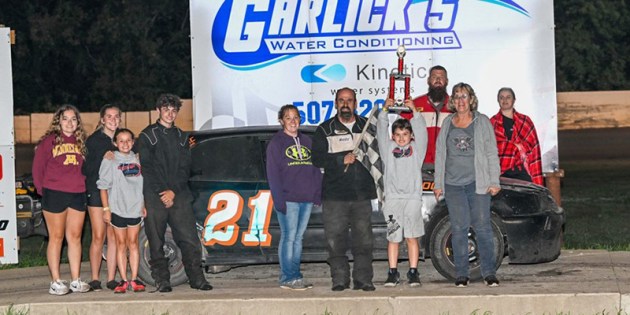 Mother Nature provided the perfect weather for Friday night’s racing at Chateau Speedway and the drivers took it from there as the field put on a good show for the fans in attendance.

The USRA Stock Cars saw a first time feature winner in the class as Andrew Eischens of Taopi used a front row starting spot to his advantage to lead flag to flag for the win.

It turned into a double feature win night for Eischens as he was credited with the win in the Power 96 Pure Stocks after Jack Paulson of Morristown was DQ’d in the Tech Line.

Front row was the place to start from in another pair of features on the night. Ryan Wetzstein of West Conocrd led flag to flag from the outside of the front row in the French’s Repair USRA A Mods, and Kadden Kath of Ellendale paced the field from the front row in the Hanson Tire WISSOTA Midwest Modifieds.  Kath also took a heat win giving him a sweep for the night for the Midwest Mods while Greg Pfeifer Jr. of Austin claimed that class’s other heat wins. Things got wild in their feature when the large field of cars went into turn three and Ryan Goergen of Stacyville, Iowa got a piece of the wall and ended up sideways and rolling over in the middle of the pack. Ryan quickly climbed out and was fine and took the golf cart ride back to the pits.  Meanwhile, in the A Mods, it was Kylie Kath of Claremont and Jason Cummins of New Richland who had top honors in those heats.

Shawn Poston of Red Wing took his third feature win of the year in the Manke’s Outdoor Equipment Hornets. Heat winners were Colin Wittenberg of Hastings and Daniel Bjonfald of Bloomington.

Racing action ramps up again next Friday night with all six classes back in action. First green flag flies at 7:15 p.m.