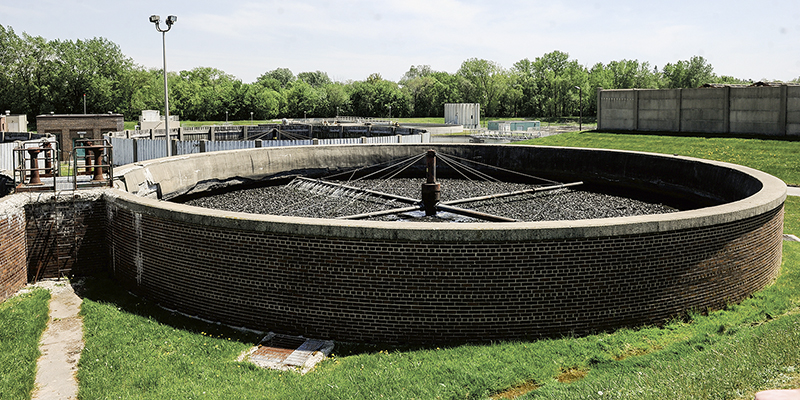 In one of its biggest steps forward to date, the Austin City Council on Monday night approved a bid for the Wastewater Treatment Plant.

By a required unanimous vote, the council accepted a total bid by Rice Lake Construction Group for just over $105 million. It also approved several adjoining resolutions related to the mammoth construction project, including readjustment in sewer fees through 2026 to help cover needed revenue on the domestic side of construction.

According to City Engineer Steven Lang, the city will need to generate just over $8 million a year in revenue to cover costs associated with operations at the Wastewater Treatment Center, thus necessitating the rise in sewer fees for the citizens of Austin.

However, it wasn’t without frustration.

“I know everybody on the council appreciates there’s a heavy lift for the users on this, but without the state bonding bill helping us out with about $20 million and inflationary costs we’re at the position we’re at and we don’t have the luxury of waiting,” Mayor Steve King said. “I guarantee if that treatment plant, which is nearing 100 years old, fails, they aren’t looking for anybody but people up here. We need to get what we need and make that happen as soon as possible.”

“On behalf of the residents using their sewer system, I do apologize for the rate increase,” he added.

Even with the increase of fees, Lang said, the project is still looking at a slight deficit of about $1.9 million, which will be covered from fund balance money.

Austin had initially been approved for bonding bill money from the state legislature this year, but that money was stripped at the last minute. However, there is hope that bonding money can still be secured either next year or the year after, something the Third Ward’s Joyce Poshusta questioned.

One hundred percent of costs for the industrial side of the facility will be paid for through a repayment agreement with Hormel Foods, which will pay back costs as they are incurred.

Construction of the Wastewater Treatment Plant will affect every building at the plant with some receiving remodeled and others being replaced all together.

Lang said that the project will take about three and a half years to complete with the entire facility estimated to be up and running by late spring, early summer of 2026, though some buildings will be brought online throughout the duration with the first structures slated to be completed and in use by 2024.