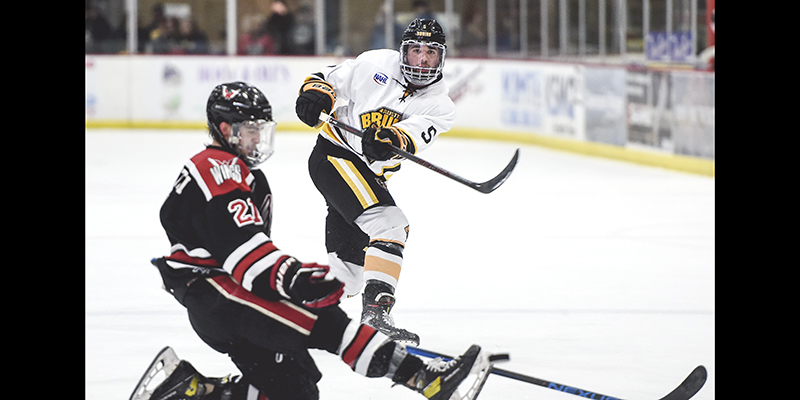 The Austin Bruins, proud members of the North American Hockey League (NAHL) are pleased to share that defensemen Tyler Ryder has announced his commitment to continue his education and play NCAA Division III hockey at the University of Wisconsin-Superior.

“I’m very thankful and excited to continue my hockey career at the University of Wisconsin-Superior” said Ryder, a native of Grand Rapids, Michigan. “It’s been a goal of mine to play college hockey so I feel very blessed for this opportunity. I’m very eager to see what God has planned for me in this next chapter of my life. I’d like to thank Austin Bruins, Chippewa Steel, and Northstar Christian Academy for developing me on and off the ice to help achieve this goal.”

Ryder, 20, was acquired by the Bruins at the 2021-22 Season trade deadline from the Chippewa Steel. Ryder appeared in 98 career NAHL games, 23 of them as a Bruin, and had a career stat line of two goals and seven assists. Prior to his time in the NAHL, Ryder was a member of the Northstar Christian Academy 18U AAA program from 2018-2020.

“Tyler is a smart defensive player” mentioned Head Coach and General Manager, Steve Howard. “He’s a vocal leader both on and off the ice, and will be a great addition to the UW-Superior Program.”

The University of Wisconsin-Superior is a public liberal arts university located in Superior, Wisconsin. The Yellow Jackets compete at the NCAA DIII level and are members of the WIAC (Wisconsin Intercollegiate Athletic Conference) and play their games at Wessman Arena.