Wetzstein grabs first feature win of the season at Chateau 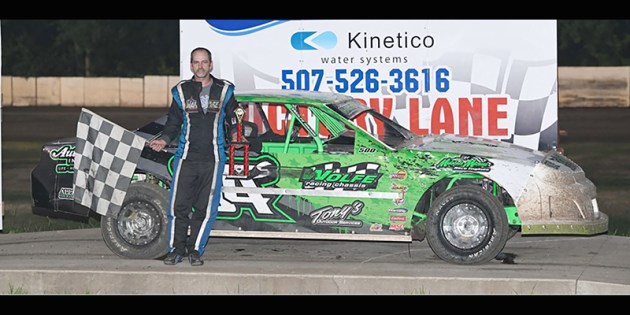 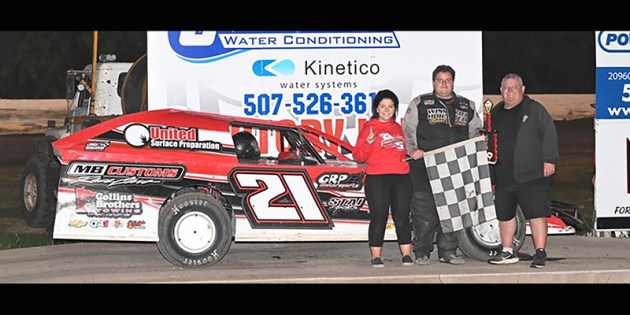 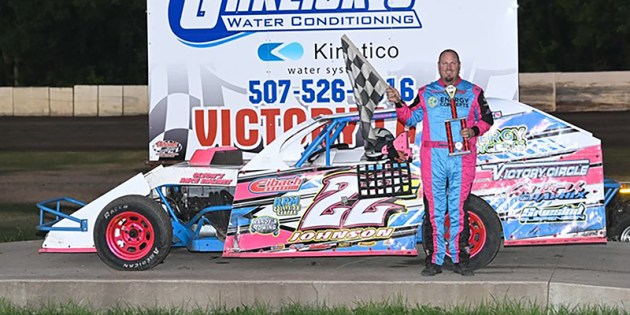 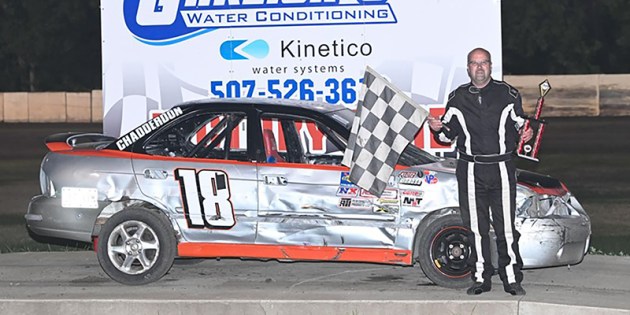 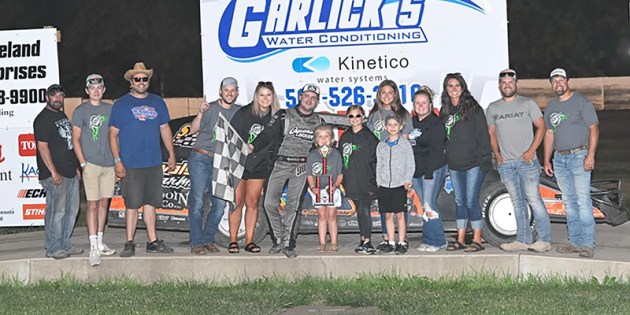 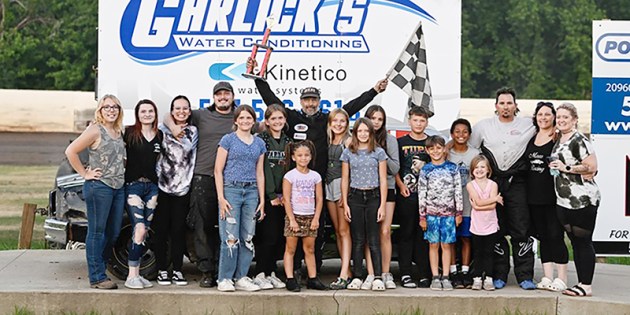 There was plenty of action Friday night at Chateau Speedway in Lansing powered by Garlick’s Water as six classes of cars provided the fireworks to kick off the Fourth of July weekend.

Two of the six classes at the track have had a different feature winner every week so all eyes were on the French’s Repair USRA A Mods and the Manke’s Outdoor Hornets to see if those streaks would continue.  And as it turned out they would.

In the USRA A Mod’s Ryan Wetzstein of West Concord claimed his first feature win of the season by .056 of a second over Jason Cummins of New Richland. Ryan Wetzstein led the first several laps before slipping up high in turn four on lap eight to let AJ Zvorak of Blooming Prairie slip by, but a lap later in a three wide scramble into turn three with Zvorak in the middle of him and Cummins he went back to the point.

Cummins stayed close and made a big push to the inside coming to the checkers that came up just short. Wetzstein also took over the points lead at Lansing with the win. Cummins did have one of the classes heat wins on the night with the other going to Cole Anderson of Le Center.