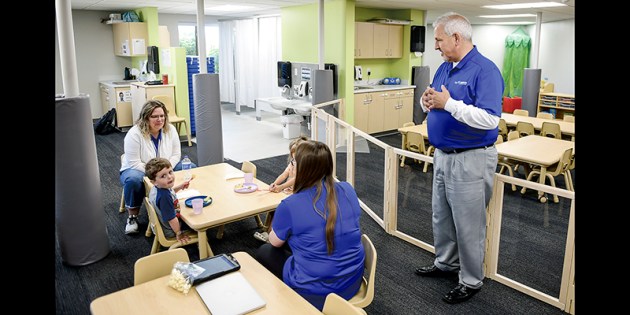 Leo Augusta Director Doug Anderson stops in a room with a couple of the academy’s early guests after the soft opening last week. Eric Johnson/photodesk@austindailyherald.com 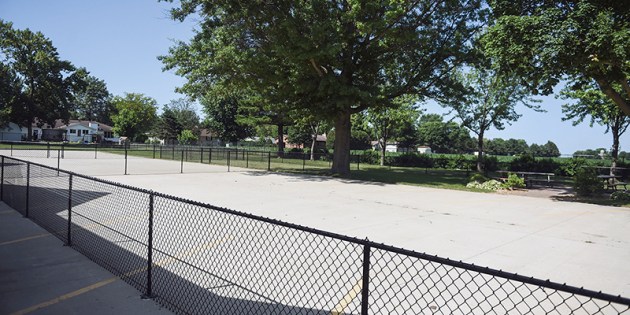 Kids at Leo Augusta will have plenty of play area when out back of the main building. Eric Johnson/photodesk@austindailyherald.com 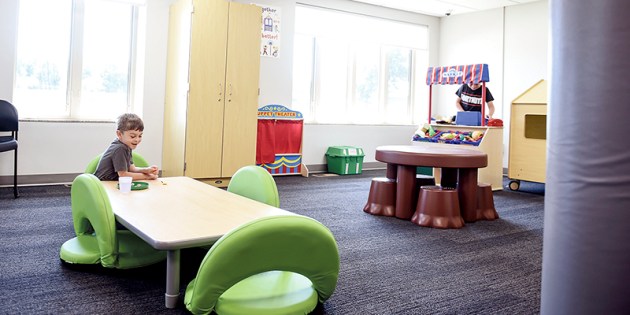 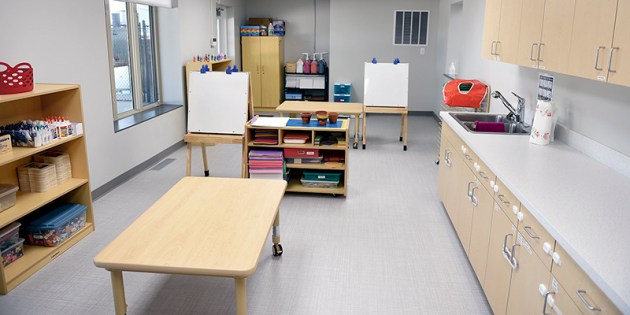 A dedicated art room is one of several rooms waiting for kiddos at Leo Augusta Children’s Academy in Blooming Prairie. Eric Johnson/photodesk@austindailyherald.com 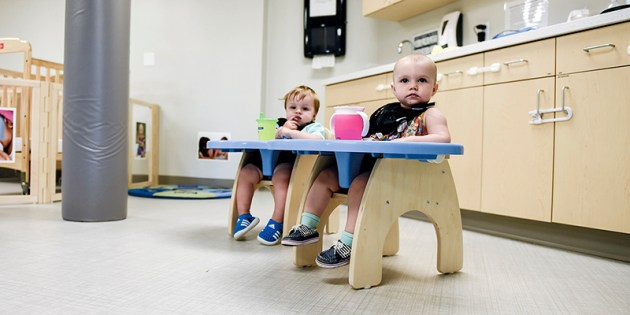 Leo Augusta Children’s Academy is up and running.

After just about a year turnaround, the academy has kicked off a soft opening with a handful of children from infant to school age kids making use of the new child care option in Blooming Prairie.

“Lots of excitement in the community. Lots of interest,” said Leo Augusta Director Doug Anderson. “We continue to provide tours for families and we have meetings with families.”

Officially announced in November of last year, Leo Augusta has actually been in the works for about a year now, ever since the non-profit behind the academy was established.

Craig and Robyn Kruckeberg came to Academy President Amy Hinzmann and offered to donate the land and building of Minimizer, a Blooming Prairie company that moved to Owatonna in 2018.

In a relatively short amount of time, the building and its grounds have been renovated to accommodate children six weeks to 12-years-old.

At its height, the school will be able to host a maximum of 144 students, however, despite just a handful of students currently enrolled, the academy is right on track.

“We’re exactly where we thought we would be for our opening,” Anderson said. “We were predicting where we are right now.”

Anderson said that based on financial modeling and planning, Leo Augusta will be full capacity in about three years.

“We’ve just opened our doors, just begun to welcome families,” Anderson said. “I’m very confident our enrollment is going to continue to grow. I’ve said the best marketing we can do is to open our doors.”

Only a small amount of work remains to be done on the complex, including the academy’s full-sized gym which Anderson hopes will be ready by the Leo Augusta’s open house, which will be held from 11 a.m. to 3 p.m. on Sunday, July 24.

Anderson and Assistant Director Daysha Zilm, both said that the lead up to this month’s soft opening has been a whirlwind.

Just last Wednesday the licensor made a visit, with Leo Augusta being officially licensed by the next day.

Leading up to that, there were final details to put in place that were needed before it could be opened.

“For me, that transformation that has taken place is amazing and it’s happened relatively quickly,” Anderson said. “Even when you think about the whole construction piece starting mid-September to early October, things have taken place within the building and the ability to transform that into childcare education center for up to 144 kids has been especially amazing.”

Even in those last hectic days leading up to the soft opening, the academy has been able to get its newly-hired team up to speed and build a framework ahead of opening.

“I think leading up to it was very exciting,” Zilm said. “I think we were all kind of anxious about it because we had been waiting for so long. It was really great because we were able to do so much team bonding and team training that that’s really unheard of for any other child care center.”

Currently, the academy has hired enough staff to accommodate the children enrolled in one classroom out of two maximum for each age group, but as more children come into the building, more staff will be brought on to staff the second classroom.

Both Anderson and Zilm feel strongly that Leo Augusta can be a success and not only that, can be a model for similar facilities, both in function and capability.

“I think there are very few childcare education centers that compare to Leo Augusta,” Anderson said. “I think in a lot of different ways. I think first of all just in the care that we provide to children, the strong educational programming which is a huge part of what we do.”

“And then you look at the staff and the education, the training and the experience that our staff has. I think there are very few places where the pieces have come together like they have at Leo Augusta,” he added.

Likewise, administration feels this one-of-a-kind operation translates to the staff they hire as well.

“We’re just so fortunate to have that time to be able to pick and choose the people we want to represent Leo Augusta,” Zilm said. “They’re all so qualified and have that experience. I think it’s just going to be really great because we have all of that.”