Throwing with a different motion 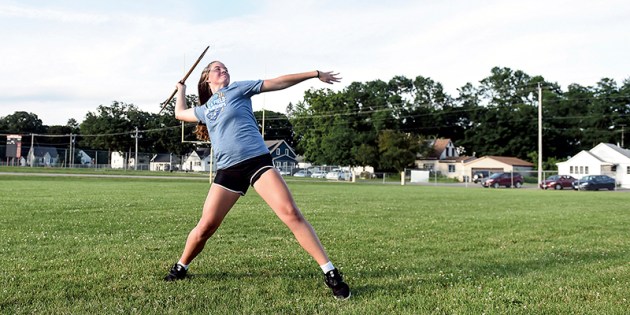 Laura Bekaert lines makes a throw with the javelin during a practice at Wescott Athletic Complex Thursday night. Eric Johnson/photodesk@austindailyherald.com 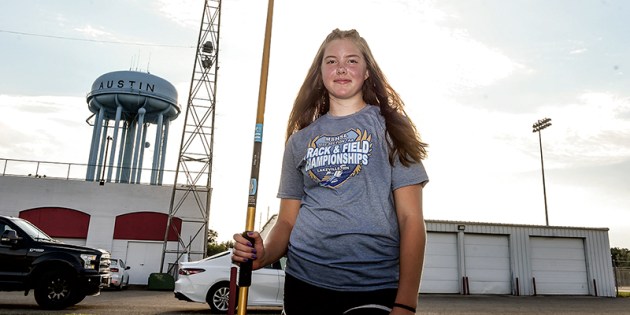 Laura Bekaert is taking her throwing on the road to California to compete in the USATF National Junior Olympic Championships July 25-31. Eric Johnson/photodesk@austindailyherald.com 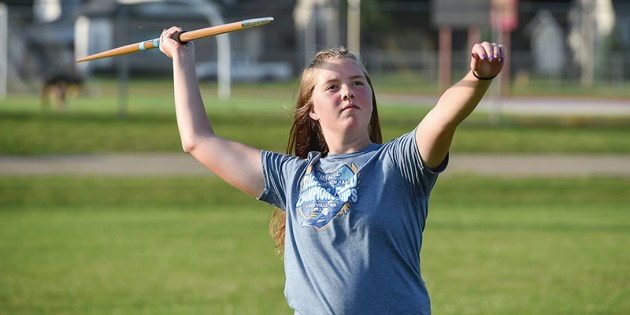 Laura Bekaert lines up a javelin throw during a practice Thursday night at Wescott Athletic Complex. She will be completing in the USATF National Junior Olympic Championships July 25-31. Eric Johnson/photodesk@austindailyherald.com

Austin’s Bekaert has picked up track and field quickly

Laura Bekaert has only been competing in track and field for two years, but she’s already become a trailblazer for the Packers.

Bekaert, who will be a sophomore at Austin High School this fall, has been competing in AAU track and field this summer and has advanced to the USATF National Junior Olympic Championships, which will be held in Sacramento on July 25-31.

Bekaert will compete in shot put and javelin, an event she began to learn just two months ago, at nationals. While she isn’t on a team this summer, Bekaert has stayed motivated by working with her high school coaches at Larry Gilbertson Track and Field, and she’s also gained a lot of strength and stamina by competing in CrossFit at HUSH in Austin.

“I’m competing and practicing on my own. You’ve just got to do it yourself,” Bekaert said. “Every day I work at it and get better. I ended up really liking track and it’s something I really wanted to do. When I found out about the summer program, I really wanted to do it.”

Bekaert’s best throw in the javelin is 80 feet, 5.75 inches, her best shot put throw is 35 feet and her best discus throw is 98-9. Bekaert has a tremendous amount of room for improvement as she only began throwing two years ago. She was a serious softball player up until she was a seventh grader, when she made the switch.

“I played softball for so long and it kind of got boring,” Bekaert said. “I wanted to do something new.”

AHS boys track and field head coach Gabe Nelson has taken time out of his summer to work with Bekaert, who is the first Packer track and field athlete to put a serious effort into competing in the summer in quite some time.

Despite being new to the sport, Bekaert has already emerged as a hard worker and motivated thrower.

“She had a willingness to learn. A lot of kids come in and want to be around friends and have some fun that way,” Nelson said. “Laura latched onto a good group of kids and every day she has a willingness to improve. That used to be the norm, and it seems like over the last couple of years that’s become the exception.”

Bekaert doesn’t have a lot of big meet experience yet and she’s not exactly sure what she’ll see when she gets to Nationals.

“I’m kind of going in blind. I’m excited, but I’m also super nervous,” Bekaert said. “I won’t know anybody there. It’ll be whoever makes it from each state.”

Nelson is hoping that Bekaert can soon draw in some local throwing partners that can help keep her going in the right direction.

“One of the best ways for Laura to grow is to continue to practice,” Nelson said. “For her to get better, we need more kids to come and give her competition. This summer she’s competing with her coaches, and we can push her, but it’s a lot better when they can compete against their peers and get more kids involved.” 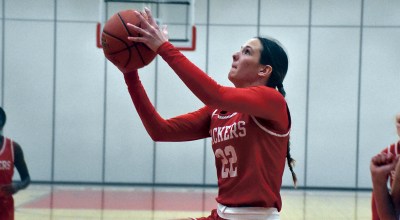