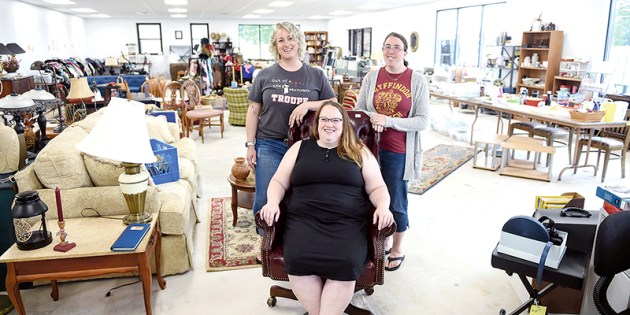 Jennifer Wiebrand, center, along with Angie Perry, left, and Angela Donovan are photographed in Second Act Thrift Store, which will raise money for the Matchbox Children’s Theatre. Photos by Eric Johnson/photodesk@austindailyherald.com 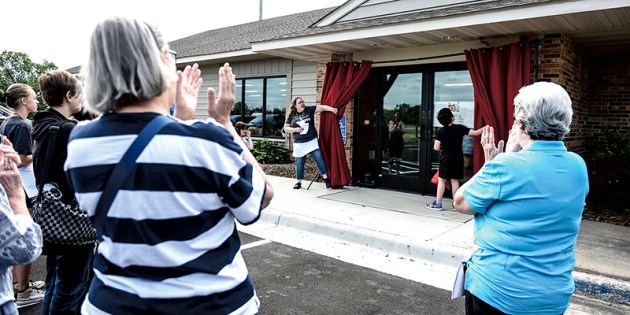 Jennifer Wiebrand pulls back the curtain on the newly opened Second Act on Friday morning at 3301 West Oakland Avenue in Austin. Eric Johnson/photodesk@austindailyherlad.com 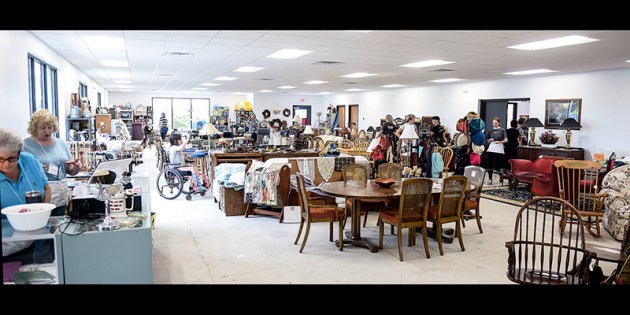 Second Half, a new thrift store on the west side of Interstate 90, is now open for business. Eric Johnson/photodesk@austindailyherald.com 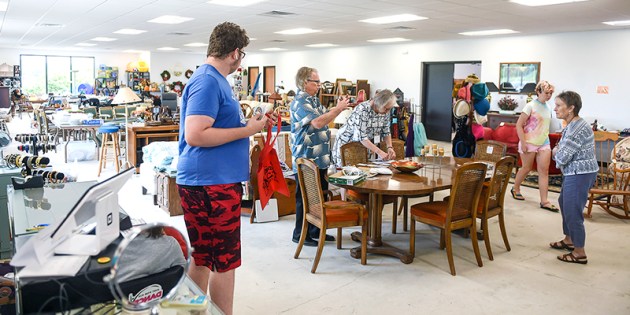 Volunteers get ready for the first day of business last Friday morning at the Second Act Thrift Store. Eric Johnson/photodesk@austindailyherald.com 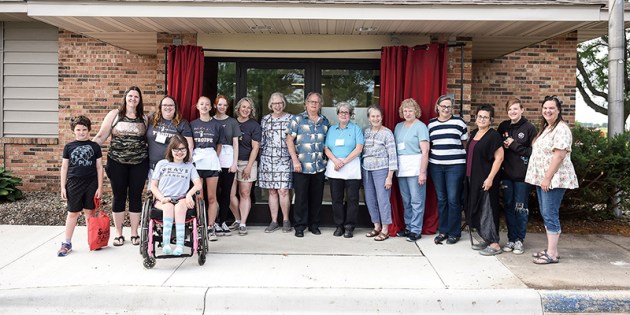 The last couple of years have been a lot for the Matchbox Children’s Theatre.

An organization that relies heavily on grants and public support, took a noticeable hit from the COVID-19 pandemic, a threat that weighed heavily on many such organizations.

The children’s troupe is receiving its second wind, however, with the opening of Second Act Thrift Store, a business with the expressed goal of raising money for the company.

“We needed a way to make money for Matchbox Children’s Theatre,” said Jennifer Wiebrand, president of the Matchbox board and store manager just days after Second Act was unveiled on Friday. “Doing plays, having camps and classes is great, but they aren’t money makers.”

Wiebrand said that she’s had the idea of opening a thrift store in mind for a number of years, but it’s been the last two years that the idea has really come to the forefront.

After bringing it to the board a number of times, it was finally approved and the search for a building began. With some starts and stops along the way, they finally landed on that building, which used to be Sports Bar and Grill and is owned by Carter Wagner. It’s located on the west side of Interstate 90 at 3301 Oakland Avenue West.

“He put together a great deal for us,” Wiebrand said. “We have a five-year lease here. We get to settle in and give it a go and make some money for Matchbox.”

Second Act is loaded with a plethora of items from wall-to-wall with more sitting in the back. From furniture to dishware and everything in between, the thrift store is hoping to be a destination for most everyone.

This concept is woven into the store’s mission to be a versatile hub that not only raises money for Matchbox, but also can provide props for whoever may need them.

“Theater people are hoarders by nature because we can always use it for a show,” Wiebrand said. “It becomes a problem because space can be a problem.”

Second Act’s vision includes other theater groups or musical groups being able to borrow the items at the thrift store for productions and then bring them back after they are used to be sold.

It’s a question of sustainability being answered in a number of ways.

“I can spend up to $1,000 a show just on modern day clothing,” Wiebrand said. “The whole goal of this is to keep things out of the trash, keep us from hoarding things in basements and keep our garages clean. And then redo, reuse, recycle — the whole jam.”

From there, the goal branches to simply providing those in the community with those necessities they require.

“We want the community to have the clothing. We want to be able to take what we need to repurpose for consumers and then again, keep it out of the landfills and keep it moving into the hands of the people that need it,” Wiebrand said.

That goal includes working with community organizations within Austin including the United Way of Mower County and the Backpack Program among several other groups.

But Second Act also brings a sense of relief to those involved in Matchbox. Real questions were raised during the pandemic as to how the theater group can move forward as revenue dipped.

Ever reliant on grant funding, Second Act needed to fill that hole of revenue and bring in much-needed funds.

“It was just a whole huge relief,” said Angela Donovan, office and education facilitator for Matchbox. “All that we’ve tried to do for two and a half years is keep the doors open for the kids. We just struggled for those two years to keep it going. Seeing those numbers come in is amazing.”

Through the entire process, Wiebrand has seen the strength of community in each step forward. Now that Second Act is open and a collective breath has been taken, she and all of those involved can now look back and enjoy the progress.

“Grateful doesn’t cover it,” she said. “It took a lot of people making some sacrifices; willing to jump into my weird world. It’s overwhelming to be honest.”

“It’s been heartwarming,” she continued. “People see the mission, the desired outcome and they are willing to put the work in.”

Items can be dropped off during those times with help from staff, or items can also be picked up by calling the store at 1-507-438-6376.

Second Act is also looking for volunteers to work in specific tasks dictated by management. Contact the store if you are interested in helping.

“We specialize in weird,” Wiebrand said. “It’s just what we do as theater nerds. I’m excited to serve our community and make sure people have what they need.”