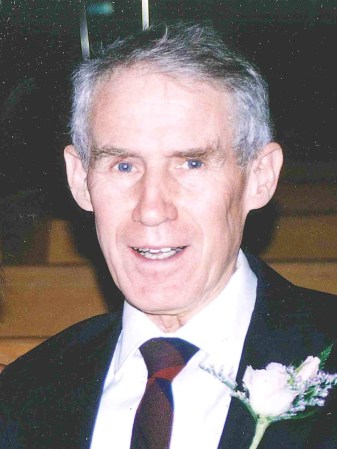 Philip was born 28 December 1937 to Eleanor & Emmett Masse in Milwaukee, WI. He was the second born of four sons (Kenneth, Philip, Roger & Gary). He will be missed and is survived by his wife Millie Munro Masse, his children Michael, Joelle and Kathy, adopted son Renny, stepchildren James and Mary Ann, brother Roger, sister-in-law Judith Masse Kaffine, sister(s) & brother(s) in law Ann & Dave Sundal, Margie & Dave Obst, and brother Mark Munro, as well as grandchildren, nieces and nephews. He is predeceased by his son Paul and stepdaughter Ellen.

When he was six his father (a lumberjack) moved the family to Bessemer Michigan (Say ja to da U.P. eh). Philip graduated from Johnson High School as president of his class. After high school he attended Michigan Tech in Houghton, MI and graduated with a degree in Mechanical Engineering.

Early in his career he worked at AC Delco designing spark plugs. Eventually he joined IBM as a mechanical engineer in Rochester MN, then for a short stint he moved San Jose California, before returning to Rochester for the rest of his career. He and his first wife, Virgene also ran a successful horse breeding, training and boarding business. During retirement he taught classes in mathematics and other business-related subjects at Austin Community College. He cared deeply for his students and liked to share one of his favorite quotes:: “Life is a daring adventure or nothing at all” Helen Keller

In 1985 he met the love of his life Millie Munro and together they raised a wonderful, blended family of their respective children. He and Millie actively attended Westminster Presbyterian Church where he was the treasurer for over thirty years. Together they traveled and camped across the country. He was also an avid motorcyclist and spent many happy miles exploring the roads of America. He had a standing reservation at the Motel 6 in Sturgis, SD for many years, while attending the motorcycle rallies. His recent joy was discovering the fun of tinkering with and driving Corvettes.

Besides being intellectually gifted, Phil was very creative. He had an eye for beauty and his photographs reflected this. He took thousands of pictures of birds, landscapes, scenic buildings, and the occasional family reunion. From these pictures he made cards which he shared with his family and friends on birthdays, Christmas, or any occasion he deemed appropriate. These cards were always a treat to receive for their simple beauty and knowing the talent behind it.

Philip was a patient, hard-working man with a wry and witty sense of humor. He could make you smile with a few words as you realized your folly. He was a true renaissance man who never forgot who he was, nor those who depended on him. No matter what, he could be relied upon to be there without question. His dedication manifested itself in his love for Mille and he truly cherished every moment they shared together, whether traveling, at home reading, walking their dogs, (Gus, Gigi and Cookie), or enjoying a concert.

He will be truly missed by all of those whose lives he touched. A memorial service will be scheduled at a later date.