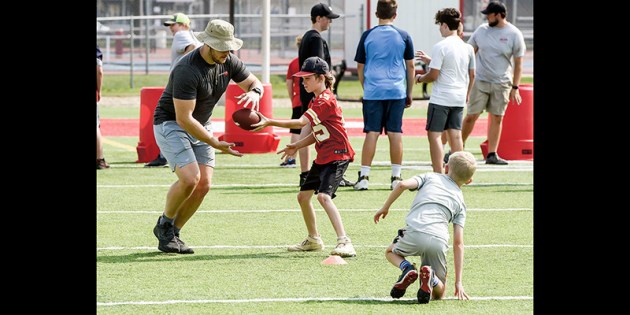 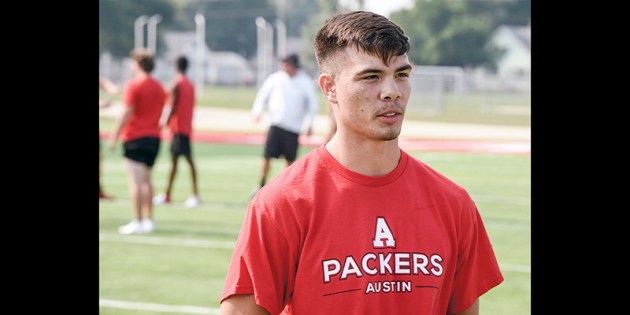 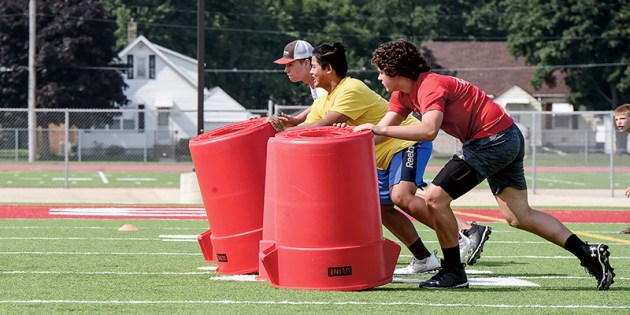 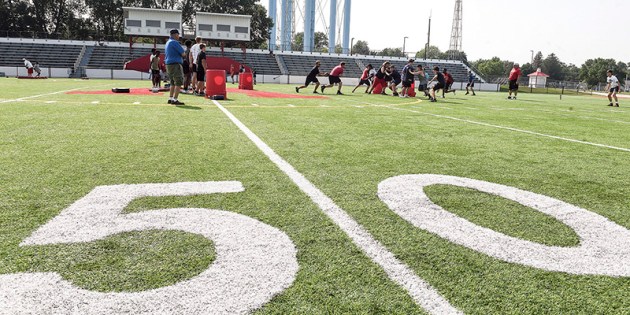 Austin senior Tommy Fritz has been coming to the Packer summer football camp ever since he was a fifth grader, but now he’s doing it for the final time.

Fritz, who missed out on last football season due to a knee injury, is back with a sense of anticipation. He is among a group of Austin football players of all ages who are working on improving their abilities this week and next week.

“It’s mind blowing seeing how fast it’s going. I remember being a little kid here not too long ago. Now I’m being a leader and trying to help these kids out. My little brother is now out here,” Fritz said. “It’s been a lot of excitement. Last season I thought I was going to come back, but I decided not to so I could stay safe. We have a lot of good energy right now.”

Austin head football coach Ed Schmitt has always made a push to keep the youth players near the varsity team and although the players don’t work on the same drills, they are working side by side.

“You’ll see each side peaking over during drills and that’s neat to see,” Schmitt said. “Some of these young guys were in our youth program and they know some of the older players already.”

The camp is open to any players who are in fifth grade or older and it is free to attend. It runs through the end of next week and will go from 4-6 p.m.

“We go no pads,” Schmitt said. “I don’t need to see how they can hit. We’re just building our schemes and working towards the season.”

Austin finished 1-8 overall last season, but the team is switching to a 3-4 defense, which will give faster players a chance to impact the game. Fritz is hoping for a year of improvement.

“We have a lot of young talent here and we’re working on building up our team chemistry and showing we can compete,” Fritz said.