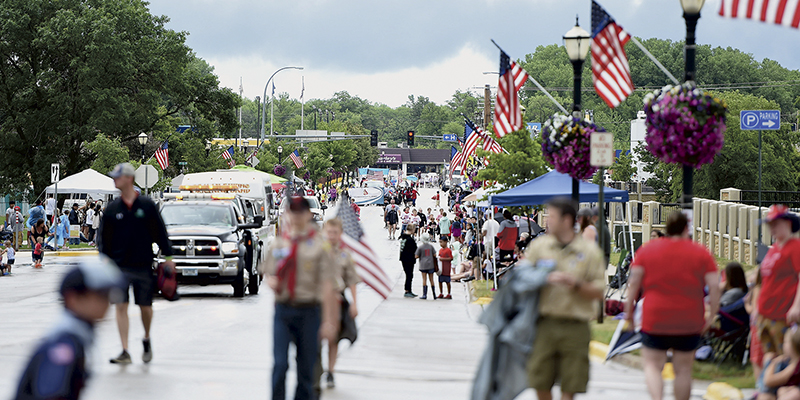 Parade floats and those on hand fill Main Street Monday during the Independence Day Parade in Austin. Eric Johnson/photodesk@austindailyherald.com

It was sunny, hot and at times wet but in the end the organizers behind Freedom Fest and the Independence Day Parade have a lot to be proud of.

With the return of the two-day event, people should have received everything they had been hoping for in both Freedom Fest and Independence Day Parade and the proof was in the attendance.

Even during the sweltering, oppressive temperatures of Monday, people still flocked to Bandshell Park for the fun and festivities.

Even when the rains came down Monday morning, people still came to Main Street for the parade and were eventually rewarded with the gradual clearing of the skies.

It’s safe to assume that people were more than thrilled to be back into the celebratory spirit and were ready for Fourth of July Fun.

We congratulate all of those who took part in the planning of these events. Your work has ensured that people continue to have  a reason to celebrate in the heart of Austin.