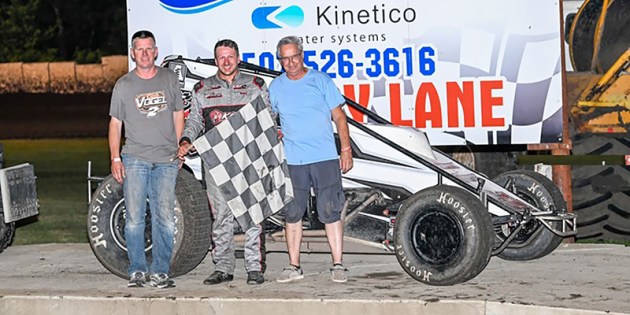 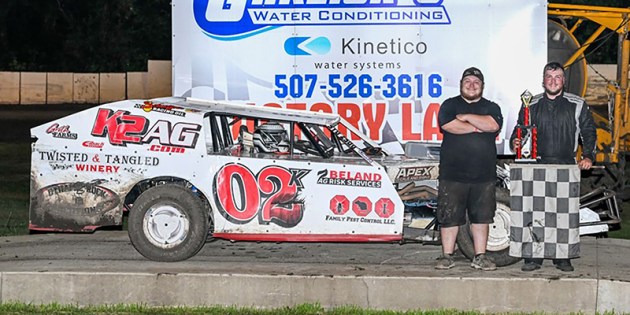 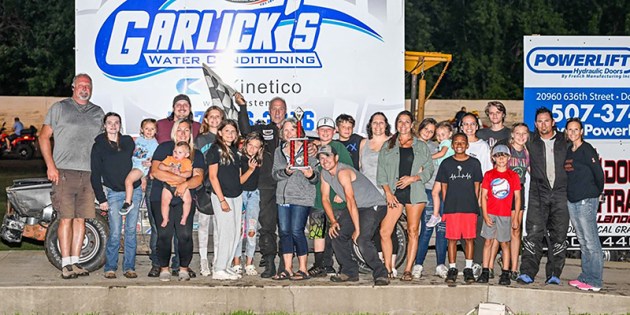 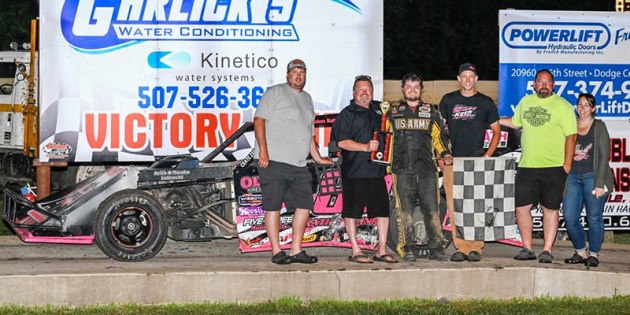 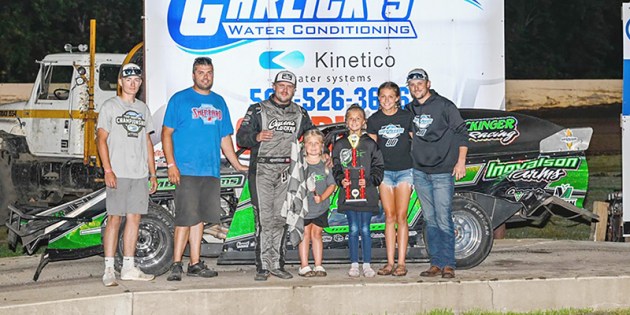 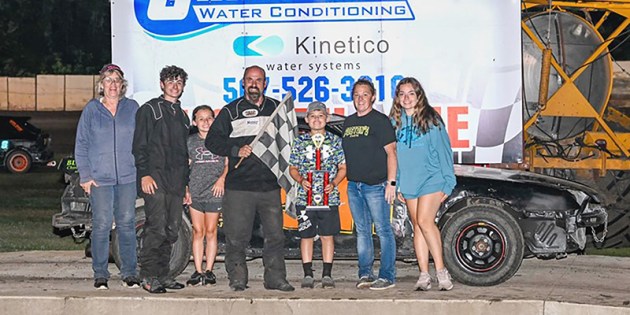 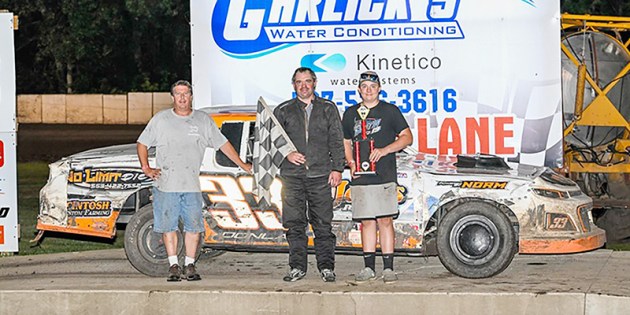 Chateau Speedway returned to action Friday night after a week off and joining the lineup for the night was the Mid American Renegade Non Wing Sprints making their second of three scheduled appearances at the track this season.

Along with the track’s regular six classes, it made for a full night of action sponsored by the Motor Supply Company’s of Austin and Albert Lea. Five of the seven classes saw drivers turn the fastest laps of the season for their class and two of those were track records.

In the Mid American Renegade Sprints, it was Cam Schaeffer of Little Canada leading the way with his 47th Career Renegade Feature win. Schaeffer also had a feature win at Lansing in 2020. Schaeffer came out of row two and out ran Jake Kouba of Minneapolis and Scott Brandt of Andover for his first win of the season at Chateau Speedway. His fast lap of the night was a 15.371/78.061 which is the fastest of the two nights the class has been at the track this year.

Also picking up a feature win in his first visit to the track this year was Kevin Donlan of Decorah, Iowa in the Skjeveland Sanitation USRA Stock Cars.  Donlan did so with speed that gave him the track record for the class as he posted a fastest lap of 16.904 which comes out to 70.961 mph in the caution free main event.

The other track record came in the Hanson Tire WISSOTA Midwest Modified Class where Kadden Kath of Ellendale lowered the mark by about a tenth of a second as he turned a 16.338/73.441 second lap in his heat win. He backed up the heat win with a feature win as well.

Action resumes next Friday night with the six regular classes back in action with the first green flag scheduled to fly at 7:15 p.m.