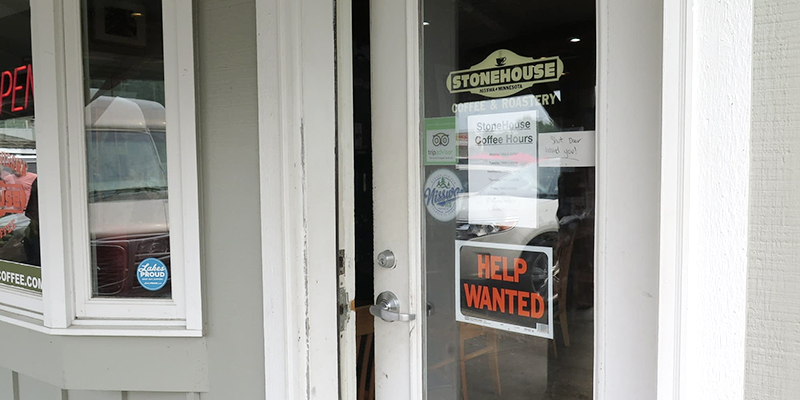 Minnesota’s employment picture is vibrant and vexing at the same time, with an ultra-low unemployment rate that is making it harder for companies to hire and could be holding back job growth.

The seasonally adjusted unemployment rate fell to 1.8 percent for June, compared with a 3.6 percent jobless figure nationally. Officials said the two-tenths decline in Minnesota’s rate was entirely due to people moving from the sidelines to a workplace.

“It has been just a year of record-breaking unemployment rates for the state of Minnesota,” said Department of Employment and Economic Development Commissioner Steve Grove. “This is the lowest unemployment rate we’ve had in the history of our state.”

On the flip side, job growth has begun to taper. Minnesota saw flat numbers in new jobs added to payrolls. Since January, there has been 1.6 percent growth — on par with the national average. That’s slower than prior months when the pandemic recovery was in full swing.

Leisure and hospitality is Minnesota’s fastest growing sector at about 12 percent in the past year, while construction, government and financial activities fields were somewhat stagnant.

Still, the tight labor market is putting Minnesota job seekers in the driver’s seat and leading to wage bumps in the highest-demand areas.

Average hourly wages are now $34.21 in Minnesota. Two months ago the average was closer to $33. And for the year, average wages are up more than 5 percent.

Grove said he hears daily from employers that they’re having to push up pay and benefits and take other creative steps to find help due to a “bafflingly low unemployment rate.”

“I think particularly given that wages have gone up and that the full time jobs are available, employers are finding ways to make part-time jobs and have full-time jobs,” Grove said. “This is an economy that is really a workers’ economy right now in terms of opportunity.”

Sean O’Neil, Director of Economic Development and Research for the Minnesota Chamber of Commerce, said the shallow labor pool impairs the ability of some businesses to expand.

“You see this combination of trying to really be strategic and intentional about recruiting and hiring and retention practices,” O’Neil said. “Because of course, it’s not just hiring people trying to keep them once you have them.”

Trends in high-demand fields are demonstrating Grove’s point: Food service wages have shot up considerably in the past two years to reach $17.23 per hour now, and this year saw a big spike in pay at nursing and residential care staffing to get to an average of $21.54.

In most sectors, however, wage growth hasn’t kept pace with cost pressures tied to inflation, which was at more than 9 percent on an annualized basis in the latest federal figures.

Among Black workers, the unemployment rate in Minnesota remains above 7 percent. Among Hispanic workers the rate is about 3 percent.

“This does indicate that employers who are really struggling to hire right now need to continue to use strategies to find those available workers from communities of color in Minnesota,” she said.

The Department of Employment and Economic Development says it is working on ways to connect job seekers and companies with openings. That includes offering multilingual services and community connections to aid in recruitment.

“This is how we’re going to grow as an economy. You all have heard me and others say this time and again: Our population in Minnesota is growing over the next 10 years — 70 percent by people of color. So this is our future workforce,” Grove said. “And if our economy can’t figure out how to hire and retain those workers more effectively, it’s at our own economic peril.”