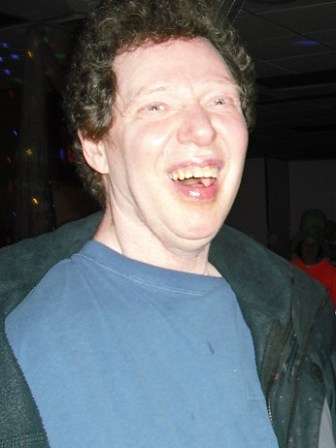 Michael Leonard Bierlen, age 64, of Austin, Minnesota passed away at his home on Sunday, June 12, 2022 after declining health in recent years.

Michael was born September 8, 1957 in Austin, Minnesota, the youngest child of Leonard Leo and Helen Elgie (Dearmin) Bierlen. Mike was born seven months after his father’s death as a result of a truck accident near Clinton, Iowa. Before Michael’s birth, his family farmed in London, Minnesota, but moved to Austin after Leonard’s passing.

Born with developmental disabilities in an era when few services and supports existed, Mike remained in the family home until 1964 and then went to live at Champion’s Children Home in Duluth, returning to Austin in 1967, residing at the Cedar Child Care Center. He lived at various residences in Rochester, Cambridge, and Austin 1971-1992 until moving into the Austin MSOCS which he called home for the next 30 years.

Mike was employed for many years by Cedar Valley Services – Top Flight. He enjoyed cars and trucks, especially semi-trucks, and was thrilled to watch them at the local truck stop. Mike was kind and enjoyed being helpful and making others laugh, always with a sparkle in his eye.

A memorial service will be held at 11:00 AM on Saturday, July 9th at St. Mark’s Lutheran Home chapel, Austin with Pastor Randy Hardy of Faribault officiating. Interment will be at London Cemetery. In lieu of flowers, memorials are preferred to local agencies supporting persons with developmental disabilities.

The family extends their sincere gratitude to the staff of Austin MSOCS, people who gave Mike not only care but sincere love and compassion for the past 30 years. Also, a big thanks to Dr. Keith Kleis for his commitment and persistence in caring for Mike’s healthcare needs.

Clasen-Jordan Mortuary is assisting with arrangements.