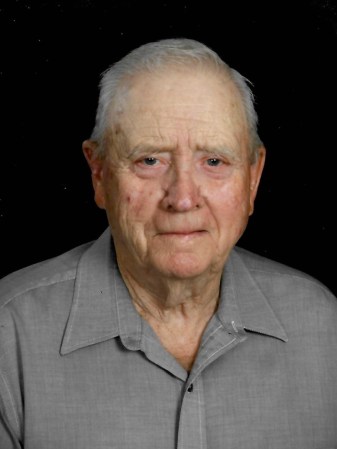 He grew up in West Bend, Iowa, graduating from West Bend High School. John married Mary Ann Kruse on August 19, 1951. They lived and raised their 6 children on a farm in the rural Elkton, Minnesota area. John and Mary Ann celebrated their 68th wedding anniversary in August 2019.

In 1951, he entered the military and served with the US Army from April of 1951 until his honorable discharge in March of 1953. He received the Korean Service Medal with two Bronze Service Stars, United Nations Service Medal, Combat Infantry Badge and the Presidential Unit Citation. John recently became an honorary member of the American Legion, having participated in the Adams American Legion for 46 years.

John loved farming. He was a dairy farmer, crop farmer, and also raised pigs and feeder cattle. He was a school bus driver for many years.

John participated in many hobbies over the years. His favorite pastimes included bowling, fishing, and baseball.

John was an avid golfer, and it was a hobby that he deeply enjoyed with Mary Ann for years. They played golf individually as well as together and were members of the Cedar River Country Club in Adams. They also took pleasure in gardening together. For the past several years, he joined his friends from the Adams area weekly to play cards.

His family was very important to him.

Funeral services will be held at 11:00 am on Friday, July 29, 2022 at Marshall Lutheran Church with Reverend Marcia Pedersen officiating. Interment will follow at Marshall Lutheran Cemetery with military honors by the Adams American Legion Post #146. Visitation will be held from 4:00 to 7:00 pm on Thursday, July 28th at the Adams Funeral Home, and will continue on Friday for one hour prior to services, at church.