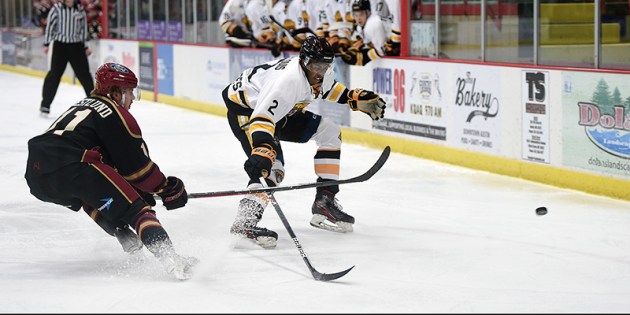 Austin Bruins defensemen recently Xavier Jean-Louis announced his commitment to continue his education and play NCAA Division I hockey at the University of Alaska-Fairbanks.

“I am grateful for this opportunity,” said Jean-Louis. “I worked hard for this, and I’m excited for what’s coming next.”

“Xavier is talented. He knows his role and uses his size when needed,” mentioned Head Coach Steve Howard. “UAF is a great program, and Xavier is going to fit in well”.

The University of Alaska Fairbanks is a public land-grant research university in College, Alaska; a suburb of Fairbanks.The Nanooks compete at the NCAA Division II level with the exception of Hockey which competes at the Division I level as an Independent Member.