Hair bond: Curtis Steinbrink shares his love of mullets with his son 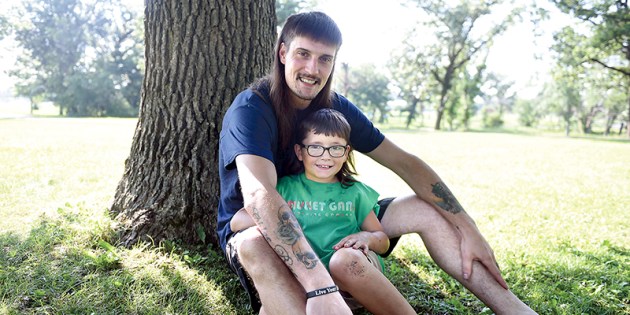 Curtis Steinbrink and his son Callen are both competing in a national mullet competition, the same one Curtis competed in last year. Eric Johnson/photodesk@austindailyherald.com 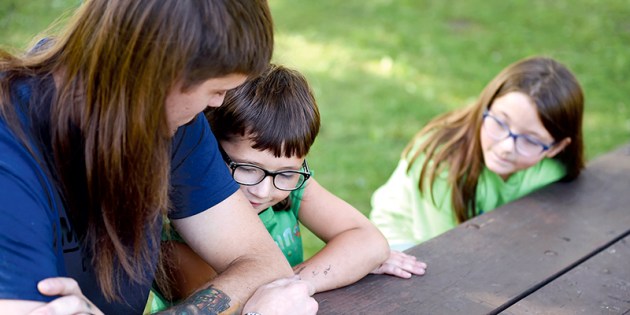 Five-year-old Callen Steinbrink leans in against his dad Curtis Steinbrink Wednesday at Todd Park. Callen is taking part in a national mullet compeittion with his dad. “I wanted to grow it like dad.” Eric Johnson/photodesk@austindailyherald.com 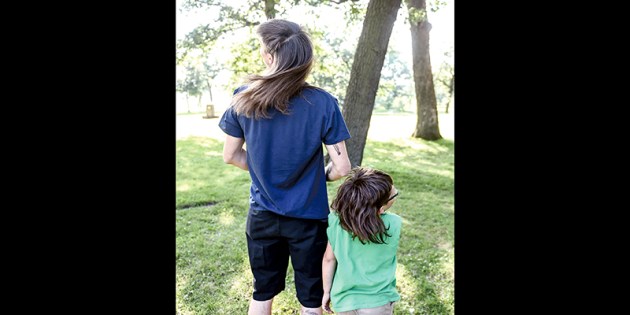 Curtis Steinbrink and his son Callen Steinbrink shake out their manes Wednesday at Todd Park. Like his dad last year, now Callen is taking part in the nationwide mullet contest. Eric Johnson/photodesk@austindailyherald.com

It’s a sight you don’t see every day.

But when Curtis Steinbrink and his five-year old son Callen Steinbrink get together and shake their mullets, they’re sure to draw attention. They’ve also found a way to bond with their unique hairstyle, which has made a big comeback in recent years.

Curtis took 11th place in the USA Mullet Champ Men’s Open Division in 2021 and Callen has followed in his footsteps by growing out his hair over the last year. Callen and Curtis are both in the Mullet Champ competition this summer.

“This was all his idea. This had nothing to do with me,” Curtis said. “It’s something that I never thought we’d bond together on. I thought it would be racing or hockey, but the mullet has brought us together.”

Callen wants his hair to look like his dad’s, but he isn’t going to go as far as saying that he wants to look exactly like his father. He shook his head “no” when asked if he wanted to look like Curtis.

“I wanted to grow it like dad. I don’t want to cut my mullet off,” said Callen, who has already topped 650 other kids with mullets to reach the top 25 in the competition.

Curtis is happy to have something to bond over with his son and he’s glad that the reaction has been positive.

Since throwing himself into the “Mullet Gang,” Curtis has made friends from all over the nation. He recently went skydiving with a mullet pal from Alabama.

“We have a group chat every night just drinking a couple of beers and helping out,” Curtis said. “We’re trying to get a big meet up where we can all bring our kids and our campers. All of the friends we’ve gotten to meet through this mullet community is pretty crazy.”

Anyone looking to vote for Curtis and Callen can visit mulletchamp.com and enter their email to vote. Voting will run Aug. 14-19 and voting is held daily. Anyone with multiple emails may vote multiple times.

The top prize is $2,500 and Callen already knows what he wants to buy.