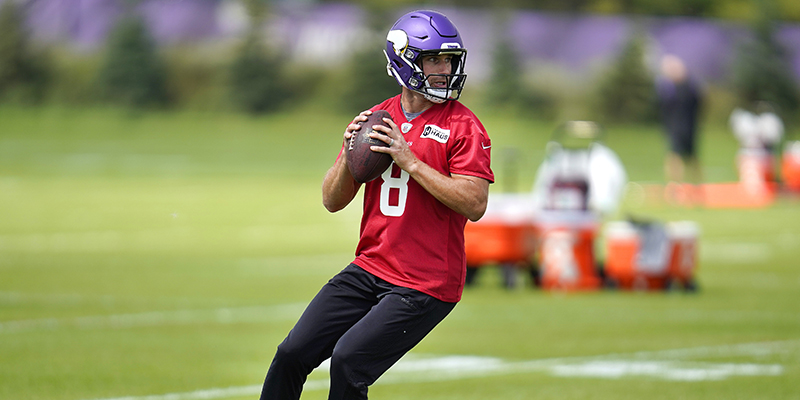 EAGAN — Kirk Cousins dropped back during a drill this spring, looked left and pivoted right to pass to a different spot he felt better about on that particular play against that defensive alignment.

Then came the correction from Minnesota’s new head coach.

Experience, instinct and comfort told Cousins to automatically move to his second option, but Kevin O’Connell and the offensive staff were adamant about wanting the ball in that scenario going to the receiver running the route designated as the first read.

When the Vikings ran that play several more times throughout their offseason practices, Cousins heeded the instruction.

“It’s important to understand what he wants and not just play to, ‘Well, I’ve done this before, so I’ll just do this again,’” Cousins said. “It’s more of a, ‘How do you want it to look? Let me execute that way.’ But that takes time to learn.”

Such is the situation for the 11th-year veteran, beginning his fifth season in Minnesota. Though Cousins had O’Connell as his quarterbacks coach with Washington in 2017 and thus has been transitioning to a system he’s relatively familiar with, there will still be a getting-to-know-you process that Cousins and O’Connell must go through together to strengthen one of the most vital relationships on an NFL team.

O’Connell’s predecessor, Mike Zimmer, clearly never warmed to Cousins due to a variety of factors. Only last year did the two of them sit down together in the head coach’s office to study film together and talk strategy from one side of the ball to the other.

That’s one reason why replacing the defensive-minded Zimmer, who led the team for eight seasons, with O’Connell — a former quarterback who had a brief stint in the league — ought to help create a better environment for Cousins to work in this year.

Being able to see the game through his eyes makes O’Connell a natural ally. He doesn’t want Cousins to feel forced to make a certain throw simply because the game plan calls for it. He’s cognizant of making sure the quarterback feels a similar dose of confidence that the staff does.

“But in the end, I’m still going to coach him really hard,” O’Connell said.

For now, the onus is on Cousins to continue to absorb himself in the terminology and the philosophy that O’Connell, offensive coordinator Wes Phillips and quarterbacks coach Chris O’Hara brought from Super Bowl champion Los Angeles.

“Those guys are in charge of all of it,” O’Connell said. “I can only speak into the headset, but once that goes in, it’s their show.”

Some quarterbacks can thrive with an ad-lib approach to a broken play or a fierce pass rush, but Cousins is frequently at his best when there’s order around him, not chaos. As far as his detailed focus has led him in his career, his methodical approach has been a detriment at times, too.

Now with O’Connell and his staff in place, plus a host of top-flight skill-position supports in Justin Jefferson, Adam Thielen, Dalvin Cook and Irv Smith Jr., Cousins ought to be as comfortable as he’s ever been in purple. Yet there’s still a decided lack of permanence to this, too.

The Vikings gave him at least one more year and another $35 million, another kick-the-can-down-the-road contract that was the second extension he signed since the fully guaranteed $84 million deal that landed him in Minnesota in the first place in 2018.

In a USA Today profile on Kwesi Adofo-Mensah published last week, the new general manager suggested the Vikings brought Cousins back more out of fear of the unknown than out of faith that he is the quarterback who can take them to the Super Bowl. Asked Tuesday about those comments, Adofo-Mensah said he was speaking generally about the team-building process surrounding the position and not expressing specific skepticism about Cousins.

“Kirk knows how I feel about him. We’re in a good place. I love his mindset coming into camp, and that’s where we’re at,” Adofo-Mensah said.