Austin musician has his sights set on the big stage 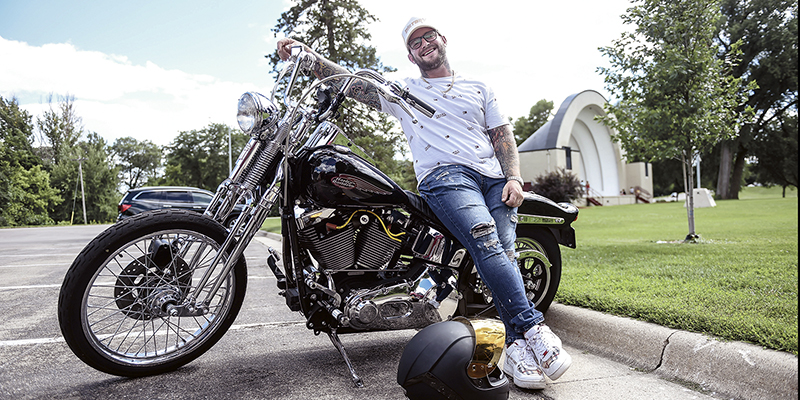 Christian Buttshaw is riding the goodwill of Austin in attempt to win a spot in The Opening Act contest, opening for a major recording artist. Eric Johnson/photodesk@austindailyherald.com

Christian Buttshaw is ready for his big moment. He just needs the stage.

Buttshaw, who graduated from Austin High School in 2012, is taking his music career to a new level this year and he’s hoping to make a big splash by competing in a contest The Opening Act.

If he wins, Buttshaw would open for a major recording artist in the Hollywood Bowl in front of thousands of fans. Last year, Coldplay was the main artist for the contest, which is based on votes.

With a bright view on life, Christian Buttshaw is enjoying the support of Austin in making his music.
Eric Johnson/photodesk@austindailyherald.com

“I’ve got some good fans and some great people around here supporting me,” Buttshaw said. “I love music more than anything. There’s no better feeling than getting on stage and motivating people. Everybody here matters and I’m proud of every single person. Be you.”

Buttshaw found out about the competition on an Instagram ad and he’s currently in the top five of his group with a good chance of advancing to the next round.

Buttshaw recently put out his debut album “Dad Shoes and Tattoos” on YouTube that features 11 songs. One song is called “What Makes Me” that highlights his upbringing and life in Austin. The song mentions his struggles with drugs, where he nearly died of a methamphetamines overdose, his time in the army and his embracing of fatherhood.

“That’s part of what made me, me,” Buttshaw said. “It humbled me. I’m more grateful for my life now. I just feel like a new man.”

Buttshaw recently played a show at the Paramount Theatre and held an album release party in Austin. He’s learned a lot about the process of making music and playing concerts over the past year.

“This year I’m all in with music. It’s something that I love and I feel like I’m going to turn a new leaf this year,” Buttshaw said. “It’s like having a second job. I work as a Union Glazier during the week and I’m working on my music on my lunch breaks and on my way home from work.”

Buttshaw’s music covers various genres and he has kept the cursing out of his recent tunes.

“You’ve got to set a good example for the kids with your music,” Buttshaw said.

To vote for Christian and help him advance onward, visit this link.