Vikings will lean hard again on Peterson in pass coverage 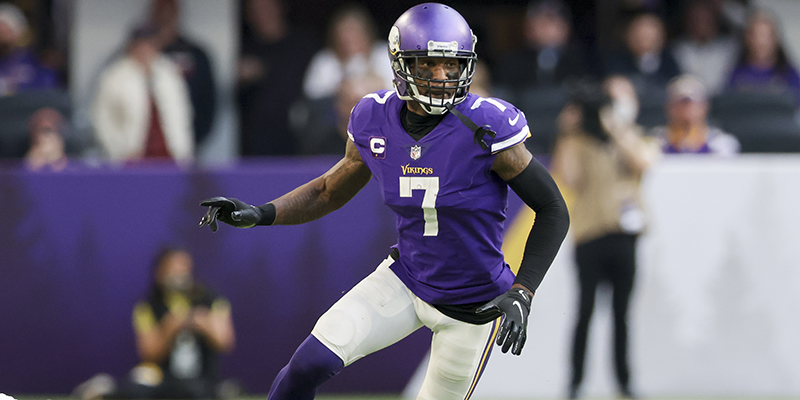 Minnesota Vikings cornerback Patrick Peterson runs during a play during the second half of an NFL football game against the Chicago Bears, Jan. 9, 2022 in Minneapolis. Peterson has begun his 12th season in the NFL, a testament to his skill, discipline and smarts -- plus the power of sports science. The Minnesota Vikings were more than happy to find a place for him again this year in a still-green group of cornerbacks. (AP Photo/Stacy Bengs, File)

EAGAN — The new defense the Minnesota Vikings are employing this season, Patrick Peterson acknowledged, carries the potential to reduce some strain on the cornerbacks.

Let’s not get too carried away, though.

“Living on an island is always hard, so it doesn’t matter which scheme you’re in,” Peterson said with a smile, as the Vikings wrapped up minicamp and the end of their first offseason program under head coach Kevin O’Connell.

The Vikings used a lot of man-to-man, press coverage in their previous system under head coach Mike Zimmer, who directed a long-disruptive defense until untimely injuries and unproductive drafts precipitated a downfall over the past two years.

The pass rush wasn’t nearly as effective, leaving the cornerbacks in continually difficult situations, and there simply weren’t enough good ones to go around. Peterson’s arrival last season was a big lift for the secondary, but the passes from opposing quarterbacks went his way far less than the others who were in and out at this critical position.

After Zimmer was fired and his successor O’Connell appointed Ed Donatell as defensive coordinator, the Vikings squeezed Peterson under their salary cap to stabilize the secondary and bring the eight-time Pro Bowl pick back for his 12th year in the NFL.

They signed Chandon Sullivan from rival Green Bay to be the slot man in the nickel defense and used two of their first five draft picks on cornerbacks: Clemson’s Andrew Booth Jr. in the second round and Missouri’s Akayleb Evans in the fourth round.

Booth, who was limited on the field this spring by still-healing injuries — most notably a sports hernia — that factored in his fall to the 42nd overall selection, is on track to compete with Cam Dantzler and Kris Boyd for time at the outside cornerback spot opposite Peterson.

Zimmer’s scheme used plenty of pre-snap disguises, particularly with moving the linebackers in and out of blitzing positions, and Donatell’s system might be even heavier on deception. He’ll often have the safeties sell a certain coverage even after the snap before reverting to the actual assignment, part of the overarching philosophy to “steal” an extra second of processing time from the quarterback and use it as a credit of sorts for the cornerbacks.

The new scheme, the new coaches and the new teammates have energized Peterson. He’ll certainly be leaned on hard throughout the season to help the rookies and relative newbies around him play as fast as they can. Both Booth and Evans have expressed awe at the opportunity to play next to and learn from a player they looked up to as youths.

Said Evans: “My favorite player growing up was Pat P.”