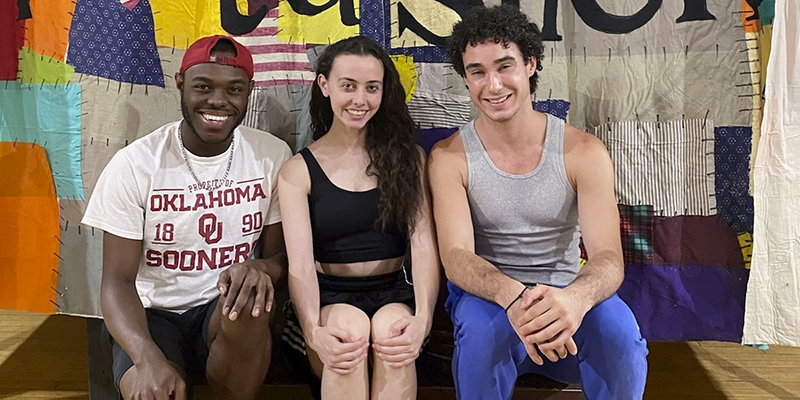 OSAGE — “The Fantasticks,” the most popular off-Broadway show ever produced, will come to the Krapek Family Fine Arts Center at the Cedar River Complex on June 30. The show marks the second offering by the Cedar Summerstock Theater.

Some in today’s audiences may not have heard of the musical which opened in 1960 and ran for 42 years. The show is not often regionally revived, said CST founder and artistic director Nancy Lee, although there have been off-Broadway and national revivals. This show and some of its language has been updated to fit the times, she added.

“It really is a lovely show with gorgeous music,” said Lee.  “Try to Remember,” and “Soon It’s Gonna Rain” are two of the more popular songs from the show.

The musical centers on two fathers who believe that if their respective daughter and son think the men are feuding, they will fall in love. The story takes a wider turn when after experiencing their first blush of love, the pair discovers that if you live a life “without the hurt, the heart is hollow.” Megan O’Connor (Luisa), Vangeli Tsompanidis (Matt) and Rodney McKinner (El Gallo) lead the cast.

Patrick Coyle, a theater and film director from Minneapolis will direct the musical, which is his favorite, he says. He has directed plays and musicals as part of The Original Theater in Minneapolis, which he founded; in more recent years, he has directed feature films including “Detective Fiction,” a Sundance Film Festival selection. His work on “The Fantasticks” is his first outing with the CST.

The show presents another first for the CST: Performances will be offered in repertory fashion along with “Beehive,” which opens July 7. The two shows will have four shows on each of their opening weeks; after that, however, each show will have two performances a week for the two weeks that follow (for instance, one show will perform Thursday and Friday; the other show on Saturday and Sunday). The switch back and forth of the shows – hence the name, “repertory” – results in a shorter performance run for each cast each week, allowing more time to re-energize. There are still eight performances of each show, but they are stretched over three weeks instead of two. And, audiences can enjoy two different shows in one week, Lee said.

Go to www.cedarsummerstock.org for ticket and performance information.