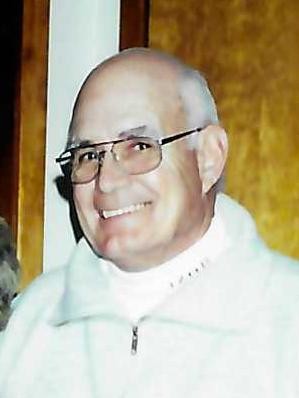 Ronald W. Kester, 90 of Austin, Minnesota, passed away at Legacy of Brownsdale Assisted Living on Friday, June 17, 2022 where he had resided for two weeks.

Ronald Wayne was born December 7, 1931 in Austin, Minnesota to John and Jessie (Yates) Kester. He attended Austin Schools and graduated from Austin High School. After graduation, Ron entered military service with the United States Marine Corp on February 21, 1951. Following his honorable discharge on May 2, 1952 he returned home to Austin.

On November 25, 1955 Ron was united in marriage to Rita Marcene Skinner in Iowa. Ron and Rita raised their family and lived their entire married life in Austin. For more than 45 years, Ron owned and operated Kester Welding and Prop Service. For many of those years he worked alongside his son Rod. In his younger years, Ron enjoyed driving race cars at various dirt tracks in the area and even won a few championships. After he stopped driving, he continued to support local tracks as a spectator. He followed NASCAR and was a big Dale Earnhardt fan. He developed a passion for street rods and restored a 1950 Buick which he and Rita took to many car shows and won a number of trophies. Over the years, he and Rita enjoyed spending time at their trailer along the creek in Dorchester, Iowa where he passed the time by trout fishing. In his later years, he loved feeding and watching the birds. He had multiple feeders and could tell you what each beautifully colored bird was.

A Memorial service will be held at Clasen-Jordan Mortuary on Thursday June 30 at 1:00 pm. Interment will follow at Oakwood Cemetery with military rites by Olaf B. Damm Post #1216 V.F.W. and Austin Post #91 American Legion. Visitation will be on Wednesday June 29 from 5:00 -7:00 pm at Clasen-Jordan Mortuary and will continue on Thursday afternoon for one hour prior to the service.

The family would like to extend their deepest appreciation to the Mayo Hospice program and Legacy of Brownsdale for all the support and care they offered Ron.