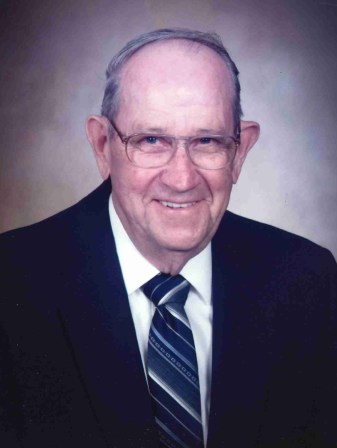 Richard was born March 30, 1929 in Austin, Minnesota to William and Bessie (Kerr) Ashton. He was the youngest of ten children. He grew up in Austin and graduated from Austin High School. Growing up, Dick worked with his father and brothers in the family business, Ashton Moving Service. He had fond memories of that time making grocery and other deliveries to people in town.

Richard served his country in the United States Army in Korea from 1951 to 1953. After returning he worked at the American Legion for a number of years.

On August 12, 1966 he married Beverly Hartnell in South Dakota. They were blessed with one daughter, Kimmy Sue.

Dick enjoyed the outdoors and could usually be found working in his yard or at his property “The Woods” in LeRoy, Minnesota.

A special thank you to the Cedars staff for the care, love, and fun given to Dick. Especially his special buddy, Sue who he always said worked too hard and was too good to him. To Mayo Hospice staff in the short time they knew him they treated both of us with so much respect.