Return of the Vikings: Defending champs are heading back to the Class A state baseball tournament 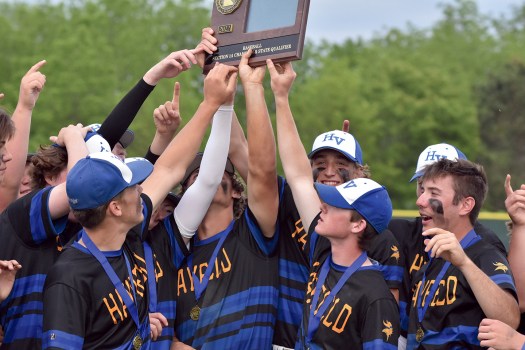 The Hayfield baseball team hoists up the Section 1A trophy after clicnching its second straight trip to state at Seltz Field Tuesday. Rocky Hulne/sports@austindailyherald.com 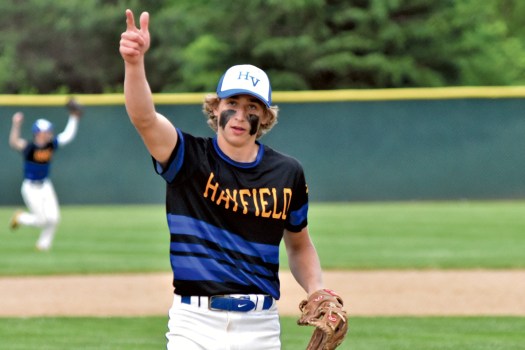 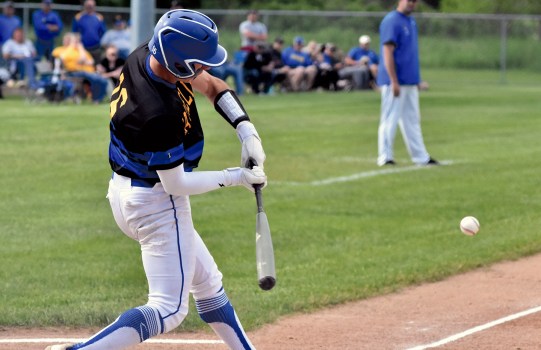 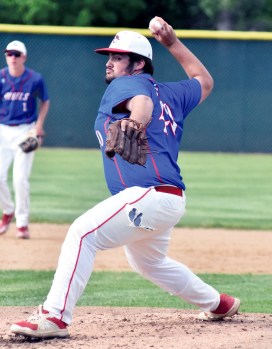 Travis Kirtz winds up for the Rebels. Rocky Hulne/sports@austindailyherald.com 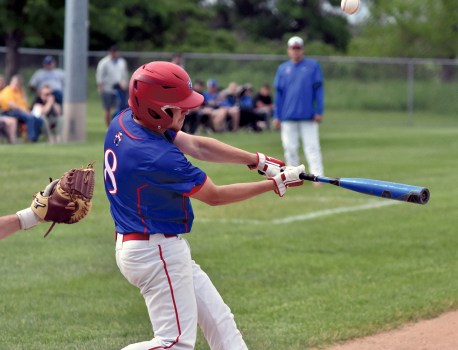 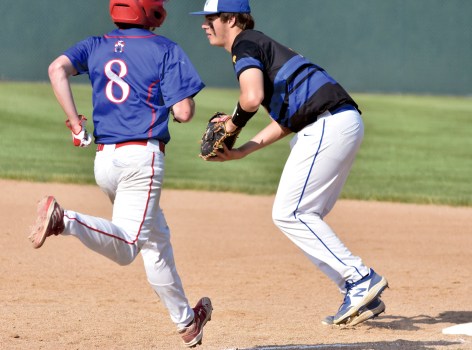 Hayifeld’s Zander Jacobson hauls in a throw at first base as Southland’s Gavin Nelsen closes in at Seltz Field Tuesday. Rocky Hulne/sports@austindailyherald.com 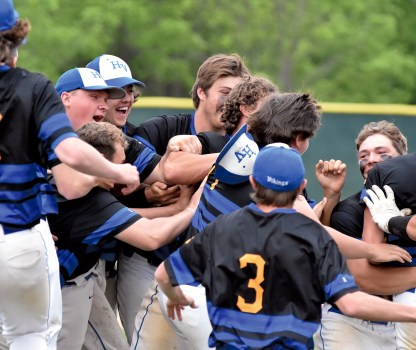 The Hayfield baseball team celebrates its win over Southland. The Vikings headed back to the state tournament after winning the Class A title last year. Rocky Hulne/sports@austindailyherald.com 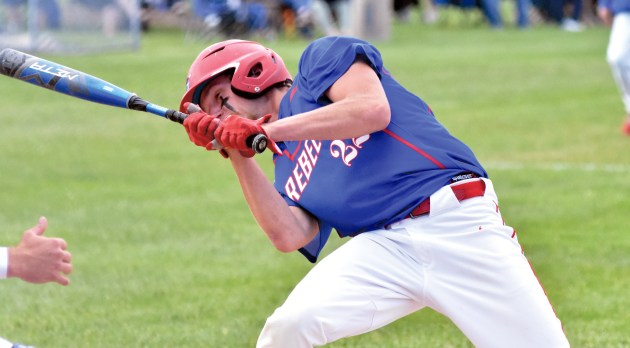 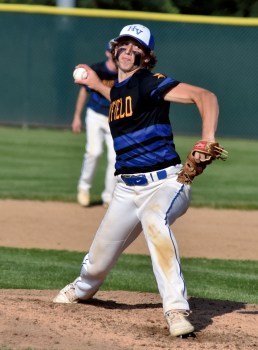 Nolan Klocke pitches in the Section 1A title game for Hayfield. Rocky Hulne/sports@austindailyherald.com

Hayfield senior Nolan Klocke was at his best on the mound as he shut down Southland and gave the Vikings a return trip to the state tournament with a 9-0 win over the Rebels in the Section 1A baseball title game in Seltz Field Tuesday.

Klocke struck out 12 in the shutout win and didn’t allow a hit until Southland’s Eli Wolff tripled in the top of the fifth, with Hayfield up 8-0.

“When Nolan was warming up you could tell that his arm had life,” Hayfield head coach Kasey Krekling said. “When he has a week off, he throws real hard. He’s turned himself into a heck of a pitcher and he’s young. He’s only 17 as a senior and he’s going to mature and he’s going to be a heck of a pitcher after high school. We’re glad to have him for one more week at the state tournament.”

Two of Southland’s first three hitters of the game reached base as Klocke walked the first batter he faced and another Rebel reached on an error, but Klocke struck out the next two. That was the only time Southland (17-8 overall) had a real threat as Klocke retired the next 10 hitters he faced.

Klocke, who pitched just over an inning to score the save in Hayfield’s state championship win in 2021 is playing a much bigger role this season. He has served as the team’s ace, which means he hasn’t had a ton of rest.

“It doesn’t happen very often,” Klocke said. “When you get a week off, the velocity is really up there and everything is really great. I knew I just had to throw it where it needed to be. We got it done.”

Easton Fritcher got the party started for the Vikings when he launched an RBI double to right field to put Hayfield on the board in the third inning. Klocke, Isaac Watson, Aidan Nelson and Ethan Pack added RBIs in the rally as the Vikings went up 5-0.

Watson added a three-run double to push the lead to 8-0 in the fourth.

After Klocke survived the top of the first inning, Fritcher was thrown out while trying to steal home with two outs. It was a moment of surprise for both teams, but the Vikings were able to reboot and recover.

“We were all surprised when we saw Easton running home. Kasey’s always got tricks up his book,” Klocke said. “We really bounced back from that. Sometimes things happen and they don’t go our way.”

“You’ve got to work on it and you’ve got to get in the cage every single day,” Watson said. “When we found out who was pitching today, we knew we had to go a little slower in the cage to prepare.”

Hayfield, which won its first ever Class A state title last year, has now gone 48-2 overall over the past two seasons.

“This was one of the goals that we needed to do to get to our ultimate goal, which is trying to defend our title at Target Field. We’re two wins from there,” Krekling said. “Hopefully we play well at St. Cloud and we can get there.”

Hayfield (22-2 overall) will be in a good position to play three games in four days as it has a strong pitching staff with Klocke, Fritcher and Karver Heydt.

“I’m happy to be here and I wouldn’t want to do it with any other guys,” Klocke said. “We’re excited for next week and we’re expecting some really good competition.”