Post 91 pours on the runs in win over Lourdes 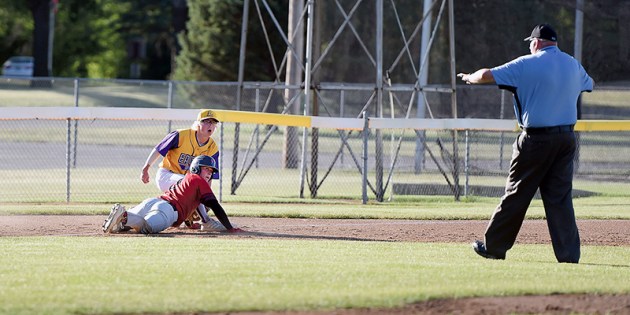 Austin Post 91’s Cole Walter and Rochester Lourdes’ Cam Powell look up for the call on a play at third base Thursday night at Marcusen Park. Wlater was safe. Eric Johnson/photodesk@austindailyherald.com 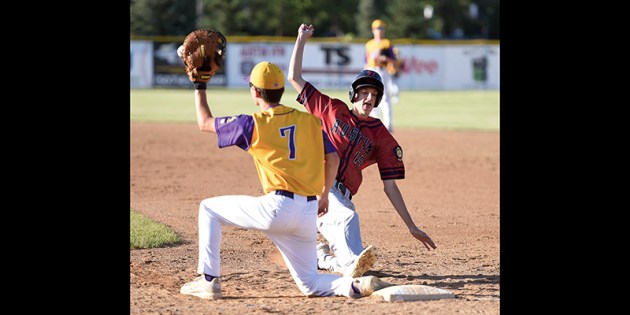 Austin Post 91’s Jerod Lillemon slides back into first base as he tries get back after a fly-out Thursday night against Rochester Lourdes Thursday night at Marcusen Park. Lillemon was called out on the play. 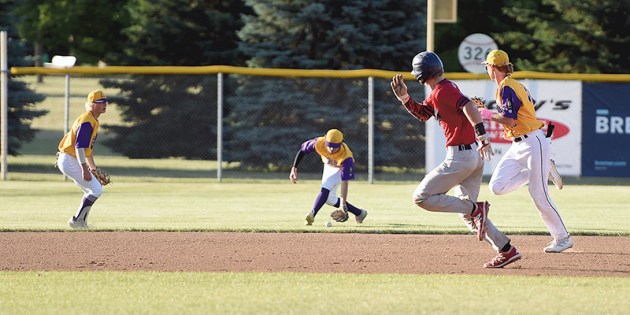 Post 91’s Dakota Retterath watches the ball as he advances to third base against Rochester Lourdes Thursday night at Marcusen Park. Eric Johnson/photodesk@austindailyherald.com 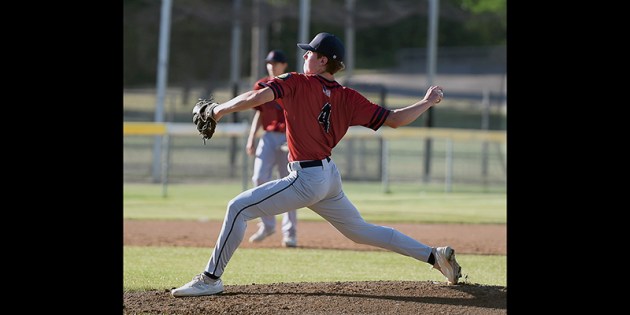 Post 91 put on the pressure early and didn’t let up as it marched to a 10-3 win over Rochester Lourdes Thursday night at Marcusen Park.

Austin put up at least two runs in all but two innings and pounded out 13 hits behind the pitching of Mac Nelson, who went the distance to get the win.

Offensively, Cole Walter was one homerun away from the cycle to lead the offensive threat. Walter pounded a triple to the fence in the first inning followed by a double in the third inning that scored a run, followed finally by a single and a second RBI in the sixth.

Post 91 went up 2-0 in the first inning when Isaac Stromland, pinch running for Walter, and Nick Robertson scored on successive at-bats.

Another two runs were scored in both the third and fifth innings, but it was the sixth inning when Austin truly put the game away.

After Zach Bollingberg walked and Walter’s single, Dakota Retterath stepped to the plate and pulled a two-run homerun over the left field fence.

In total, Austin put four runs in the frame to give Nelson the comfortable win on the mound.

Nelson didn’t face that many real threats, leaving Lourdes runners on the base paths several times throughout the night, never giving up more than one run in any one inning.