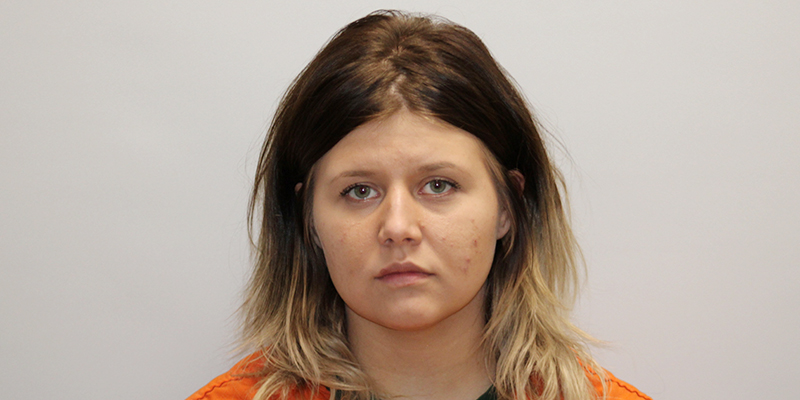 The Glenville woman charged with manslaughter in the December 2021 death of her two month old son entered pleas in the case Thursday afternoon in Mower County District Court.

According to the court complaint, the child died in Rochester on Dec. 17, 2021, four days after he was discovered with no pulse in the 400 block of 27th Street Southwest in Austin.

Toxicology results were positive for methamphetamine, though it was unclear whether or not the presence of meth had any contribution to the cause of death.

The child was discovered not breathing by another woman, who entered the residence and discovered the infant’s face in Pater’s chest area and that he was purple and blue, took the child to a neighbor’s where mouth-to-mouth recitation was attempted until police arrived.

Pater told police that she had lain down with the child on the couch and was awoken an hour later by the woman.

As Austin Police were securing her apartment following the incident a syringe, loaded with what appeared to be meth, was discovered. After a search warrant was secured a detective eventually discovered a digital scale, three needles in Pater’s bedroom, a meth pipe on the bed near a baby bottle, a bag of .08 grams of meth, a bottle nipple and baby bottles containing liquid.

Pater allegedly admitted that she had been using daily for about three weeks prior to the death after claiming that she had not been coming down leading up to the infant’s death.