On a mission to succeed 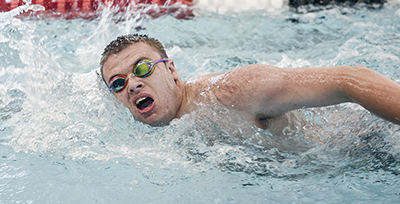 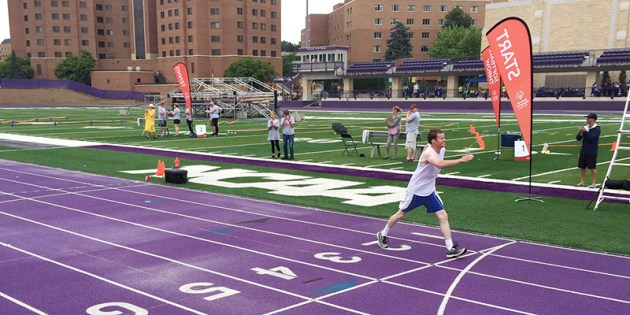 Jerod Magunson strides to the finish during a past competition. Photo provided 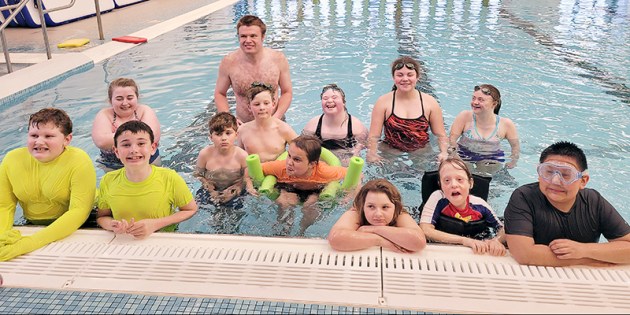 Pictured is the Special Olympics sweim team, which meets at the YMCA at the Austin Community Recreation Center. Photo provided

A pair of local athletes to compete at the Special Olympics USA Games in Orlando, Florida

Jacob Reisnour pounds laps at the YMCA at the Community Recreation Center in Austin like a man on a mission.

And that’s because he is.

Reisnour, along with fellow Hy-Vee employee Jerod Magnuson, will be competing in the Special Olympics USA Games this weekend in Orlando, Florida.

Reisnour will be competing in a pair of swimming events.

Many may recognize Magnuson from seeing him at Hy-Vee, where he can be seen joyfully pushing the carts through the parking lot with clear happiness for the job.

But Magnuson can move much faster when he takes to the track and now he will be competing in track and field as he will run in the 200-meter dash, the 400-meter dash and a relay.

Magnuson, who lives between Austin and Blooming Prairie, trains primarily out of Medford,  though he made use of the dome in Austin during the winter months. Reisnour has been training out of Austin where he was earlier this week.

“He’s been swimming on our team since the beginning,” said coach Tracey Christianson. “He’s competed in a couple other events here locally in Rochester and at St. Thomas in the Twin Cities and has done really well.”

It was at a St. Thomas competition that Reisnour qualified for the games, making it a huge achievement not only for himself, but for the team in general, which started out with only a handful of swimmers, but has since swelled to 20 swimmers.

“It’s a big deal for us since we’re such a small program starting out,” Christianson said. “To be able to have a swimmer that is recognized at the national level is great. It will be a great opportunity for our kids and something for them to aspire to as they go out and continue through the competition.”

The achievement is even more impressive because Reisnour has only been swimming for a relatively short amount of time.

“There were over 200 athletes that had qualifying times and they only selected a small few of them,” Christianson said. “It was a big deal, especially because Jake had only been swimming for a couple years with us.”

The growth Reisnour has shown has been equally as fun to watch.

“It’s really fun and exciting,” Christianson said. “I’ve taken him to a couple competitions now so just seeing his face and how excited he is … he’s really excited when he wins, but he’s also really excited just to be able to compete.”

For his part, Reisnour is looking forward to a little more than simply competing.

“I’m excited,” he said, adding that he is looking forward to warm weather. “It’s nice to meet new people and swim with them.”

Rocky Hulne and Eric Johnson contributed to this story