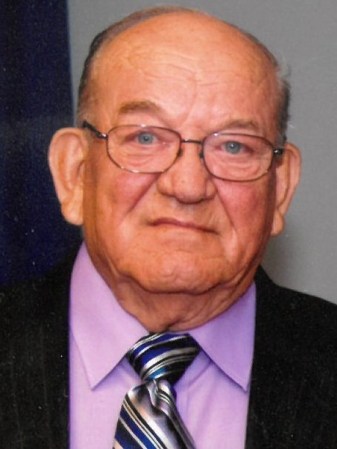 Maynard Lavern Deyo, 86, passed away peacefully at home surrounded by his family on Wednesday, June 8, 2022. Maynard was born on June 28, 1935, and was raised in Austin, Minnesota. He graduated from Austin High School and served in the Army National Guard. Maynard and his brother-in-law, Dick Carroll, opened and ran a full-service gas station in Austin before Maynard joined the Austin Police Department. In the early 1970’s he left the police department, a job he loved, to go to work for the Hormel company. He retired from Hormel in 1995. His retirement allowed him to care full time for his wife, Juel, who passed away in January 1996. In 1997, he married Ilene Jorgenson and they began the dream life of a retired couple. Summers on the lake in Cleveland, MN, and winters in Mesa, AZ. Together he and Ilene loved the lake life of fishing and boating and sharing it all with family and friends, along with the snowless life in the desert.

A memorial service will be held at 11:00 a.m. on Monday, June 20, 2022, at Worlein Funeral Home Chapel in Austin. Visitation will take place one hour prior to the service. Interment will be in Calvary Cemetery, Austin. Memorials can be directed to the American Heart Association. Worlein Funeral Home of Austin is assisting the family with arrangements. Condolences may be expressed to the family online at www.worlein.com.