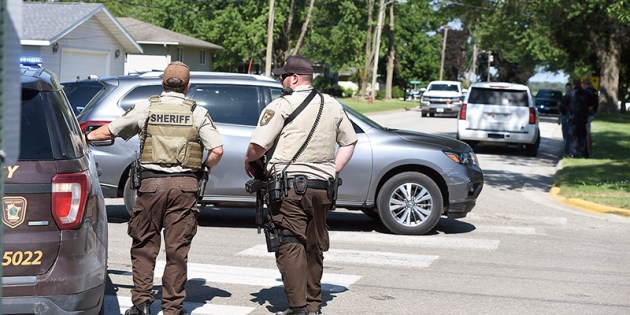 Mower County Sheriff’s Office deputies stand the perimeter around a pair of homes in Lyle as they search for a suspect involved in an armed robbery in Austin Friday afternoon. Eric Johnson/photodesk@austindailyherald.com 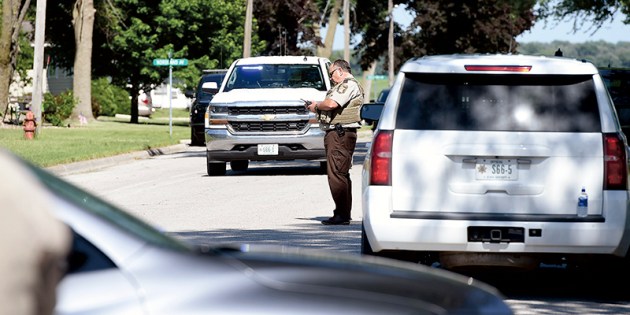 Mower County Sheriff Steve Sandvik montiiors the situation outside a home in Lyle as law enforcement tries to track down a suspect involved in an armed robbery in Austin Friday afternoon. Eric Johnson/photodesk@austindailyherald.com 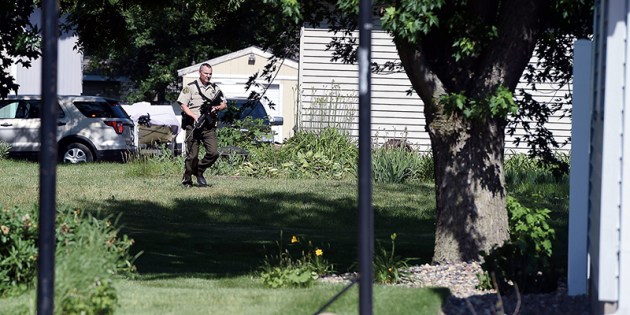 A member of the Mitchell County Sheriff’s Office moves toward a pair of homes where a law enforcement believes an Austin armed robbery suspect may have fled to in Lyle Friday. Eric Johnson/photodesk@austindailyherald.com 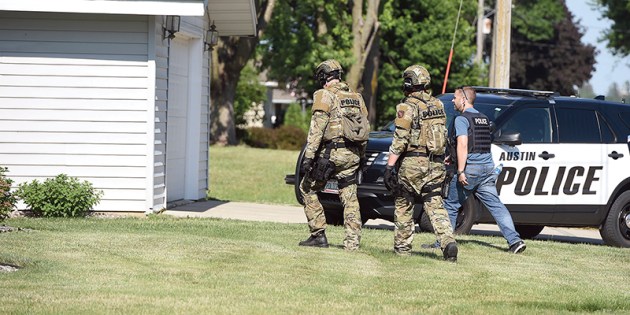 Members of the Mower County SIRT team and another member of law enforcement walk toward a house they believe a suspect from an armed robbery in Austin may have fled to Friday afternoon. Eric Johnson/photodesk@austindailyherald.com 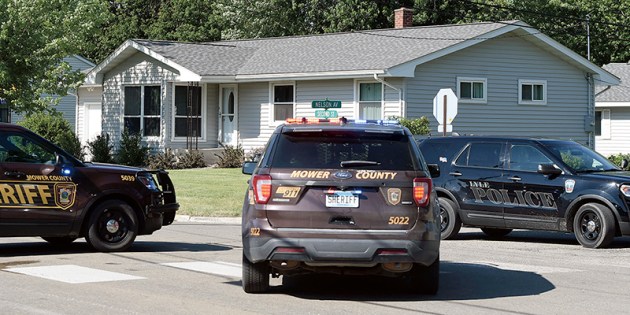 Law enforcement sets up a perimeter around one of two homes in Lyle they believed an armed robbery suspect from Austin may have fled to on June 24. Herald file photo 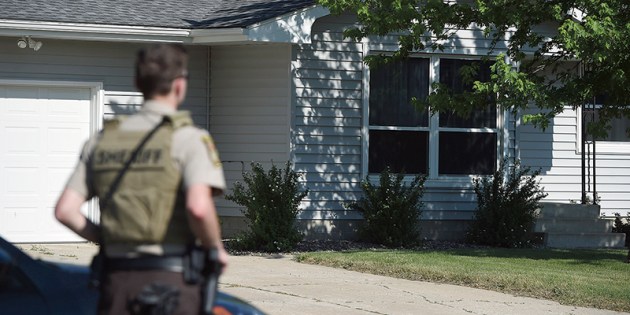 A Mower County Sheriff’s Office deputy stands along the perimeter of a home in Lyle where they believed an armed robbery suspect in Austin may have fled to Friday afternoon. Eric Johnson/photodesk@austindailyherald.com

A man wanted in connection to an armed robbery Friday in Austin and matching the description of a suspect from another robbery earlier in the week has been taken into custody in Lyle.

According to Mower County Sheriff Steve Sandvik, the adult male, later identified as Adrick Mims, 27, of Rochester, was discovered hiding in some bushes a little before 6:30 p.m. Friday night and was arrested for armed robbery and fleeing police. Official charges by the Mower County District Attorney will come at a later date.

However the Mower County SIRT team eventually cleared the two homes and so authorities expanded the search.

“We found him in bushes around a house diagonal from those [two houses] in the area the perimeter was around,” Sandvik said. “We cleared the houses and began canvassing the area.”

According to a press release issued by APD’s Chief David McKichan Friday night, the incident began at around 1:50 p.m. Friday afternoon when an off duty police officer, driving by the Ankeny Mini Mart located in the 900 block of 12th Street SW, observed a dark sedan behind a neighboring business.

As the off-duty officer made the call to dispatch, the station attendant, who had been the victim of a robbery at knife point, was also calling in the crime.

The first squad on the scene attempted to stop the sedan as it was leaving the scene, but the vehicle kept going and fled police at an extremely high rate of speed.

The pursuit was terminated as it went through a residential district, but all other APD units continued to monitor and search for the vehicle, which was located again on Fourth Street NW at Interstate 90.

Officers again attempted to stop the vehicle as it approached interstate 90 heading east. Two squads continued the pursuit from I-90 to Highway 218 south toward Lyle.

Mims passed Lyle Police Chief Tom Herrick as he headed into Lyle and abandoned the vehicle, fleeing on foot, after which law enforcement established the perimeter.

Alerts and social media postings went out for residents of Lyle to stay inside and keep an eye out for a black male with a beard.

While Mims matched the June 19 Cheer’s robbery, it was undetermined whether he was connected to a third robbery, which took place at Reeds Fourth Avenue Convenience Store on June 12.

In his release, McKichan also indicated that Mims had existing warrants out for his arrest.

The suspect has been transported to Mower County Jail.